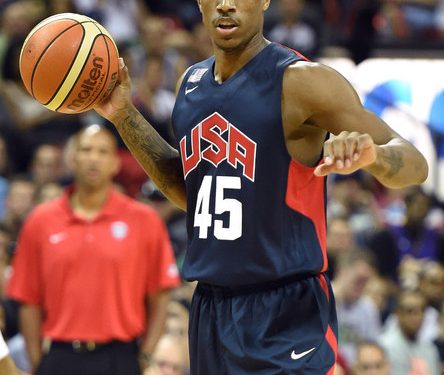 DeMar Derozan has made the cut for Team USA, and will represent the Toronto Raptors at the FIBA World Championships, tipping off August 30 in Spain.

Despite receiving a DNP in Team USA’s 112-86 exhibition victory against Puerto Rico last night, the 6’6 swing man was impressive throughout training camp and exhibition to get the nod from Head Coach Mike Krzyzewski and USA basketball.

DeRozan is coming off his first NBA All-Star appearance as his career looks to be on a steady incline due to his work ethic and professionalism, which has been on full display throughout his years in the league.

Jonas Valancuinas will represent Lithuania, as the only other Raptor taking part in the World Cup festivities.

The other 11 NBA stars that made the USA roster are: