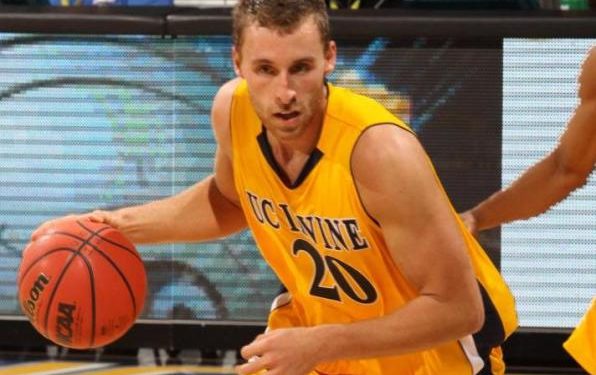 We have been tracking Folker’s progress since high school, where he was a human swiss-army knife for Markham District High School. Folker carried his team, averaging an impressive 31 points, 12 rebounds, eight assists and four blocks per game.

The 6’9 forward’s versatility is what allowed him to obtain a scholarship, thanks to his highlight video that went viral.

It seemed natural that the blonde, wavy-haired Folker would end up in California at UC-Irvine.

In his final two seasons as an Anteater, Folker’s minutes along with his productivity increased, posting career-highs in minutes (25.3 MPG) and points (9.3 PPG) on 57% efficiency from the field. In addition, he averaged 6.3 rebounds and 1.1 assists for UC-Irvine.