Almost Extinct: With elimination looming, the Raptors look to the future 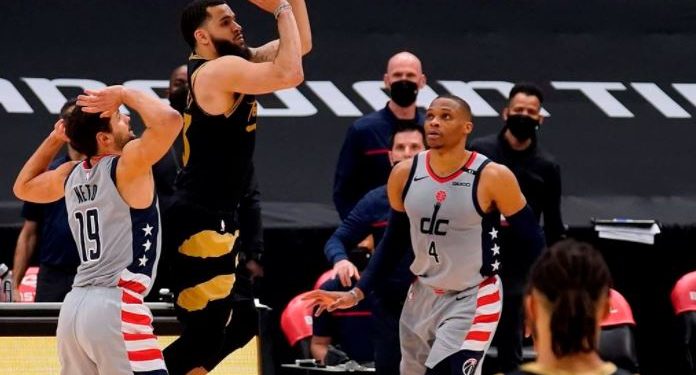 Toronto has been fighting for a spot in the post season for weeks (wink wink), but it looks like they have finally accepted their fate. Their propensity to rest key players during this stretch suggests how much the games matter to them.

Though it used to happen often, Raptor fans are not used to missing the playoffs, so this is foreign territory, especially for newcomers. But hopefully, this season is simply a step back in preparation for a leap forward.

Most of the team has undeniably shown growth and with strong coaching, a new pick, improved health, a bit of luck and, lord willing, a proper home court, the Raptors will be back with a vengeance.

The Raptors concluded their road marathon with a game against LA’s other team. Any lineup with Kawhi Leonard and Paul George is hard to beat but Toronto has never shied from a challenge. Pascal was hot out the gate with a monster first quarter. The Clips look listless and unmotivated, and the Raps took advantage with VanVleet and Siakam showing their worth. Toronto had an opportunity to steal this, but they came up empty in the clutch and ended their chances and their road trip with a loss.

The Raps were back in Tampa on Wednesday to host the Wizards. Westbrook has been incredible for Washington, his triple-double pace will surpass Oscar Robertson for number 1 on the all-time list over these next few games. Toronto again rested key players, but the contest stayed tight for 48 minutes. Fred, Khem and Gary had strong games while Pascal showed off all the skills that got him paid. VanVleet nailed a desperation 3 to force overtime but in OT, Toronto ran out of gas. This loss essentially sounded the death knell for the season.

After their defeat to Washington, Toronto is all but mathematically eliminated and for these last few games, wins are not the priority. Considering that a loss was inevitable, this game was simply used for player evaluation. Memphis is jocking for playoff position, they did not take any chances and fielded a full squad. Valanciunas’ presence fortified the Grizzlies defense, he devoured every loose rebound (21) and had a game high 5 blocks. Toronto shot poorly but got a nice lift from rookie Jalen Harris off the bench. 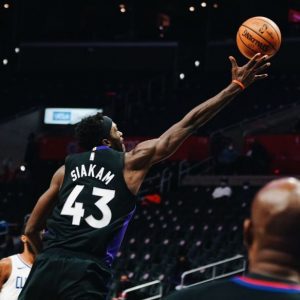 It’s amazing how a player could have an incredible week, but a handful of poor late game decisions would make you think otherwise. Siakam played the part of superstar and did everything that was asked of him except bring home a victory. His defense was solid, his points came easy (tied career high), and he did well at filling the stat sheet, but he again buckled under late game pressure. Toronto is determined to develop that part of his game as seen by the many chances he gets. Siakam had a strenuous season, but he is going down fighting. 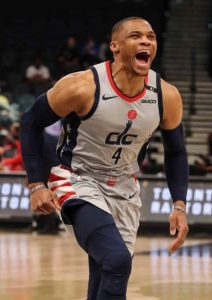 Westbrook is hunting a record, and nothing is going to stop him. He was ubiquitous against Toronto. Everywhere you looked, he was streaking with the ball, creating havoc and setting up shooters. The Raptors tried everything to slow him down, but they’d have more luck trying to wrestle an alligator. This was a hall of famer at work. 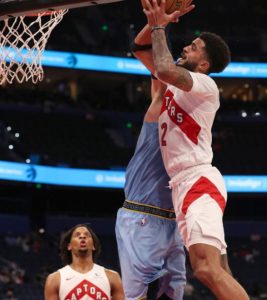 One of the reasons why the Raptors may be confident in their draft position is because of the track record of their scouting department. The most recent example of this is in their second rounder and 59th pick overall, Jalen Harris. The rookie was given a scrap of minutes and made the most of them. He led all bench scorers, was perfect from the line, did work on the glass and got others involved. Good looking prospect. 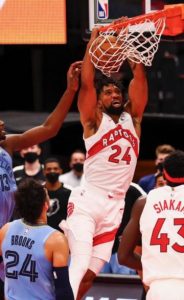 For all the talk about the buy out market and player movement, there is a case to be made that Birch may have actually been the most impactful signing. He looks like he has been with the team the whole season and with that instant chemistry comes consistency. He exudes infectious energy, and he understands the importance of two-way play. His hands are like vacuums and he can cover a lot of ground with his long strides and hyper athleticism. Khem is putting in that work.

Toronto now enters the final week of the season with only 4 games left to wrap up the schedule. Though they won’t make the playoffs, they can certainly muck up things for other teams. Up first, is a Tuesday night game against the Clippers in Tampa. On Thursday, the Raptors travel to Chicago to take on the Bulls. From there, they head to Dallas to challenge the Mavericks on Friday night. Their final game of the season will be next Sunday against the Indiana Pacers.

Writing on the Wall: The Raptors play ...