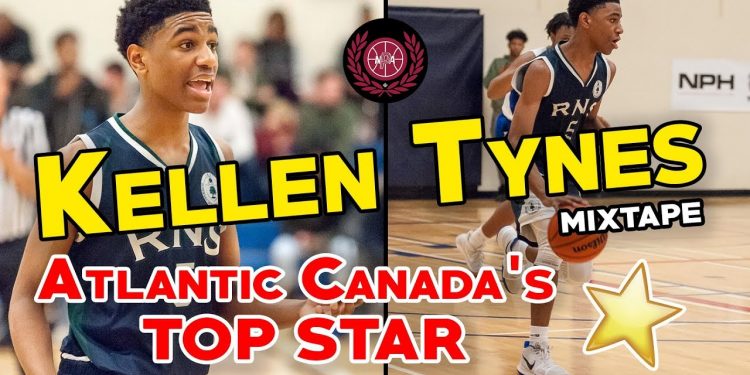 Kellen Tynes is one of the best on-court leaders in the National Preparatory Association. The Rothesay Netherwood guard has stock has risen substantially and help lead his team to impressive wins during the NPA New Year Challenge.

The 6’0 point guard out of Dartmouth, NS is loaded with potential and will have the opportunity to become the next star out of Atlantic Canada, joining the likes of Iowa State starlet Lindell Wigginton.

Defensively, the 2020 standout is an absolute thief, picking pockets and jumping into passing lanes to create turnovers. On the offensive side of the ball, Tynes can fill the bucket from anywhere on the court. He has great strength attacking the basket and finishing through contact. Tynes also possesses great three point shooting ability that he can knock down when defenders give him space.

Tynes and his RNS team have been improving all season long, could they be a sleeper team heading into the National Championships? The deadly combination of Tynes and Shyheim Malcolm could cause many championship contenders problems.

Catch the entire second annual NPA National Championship Mar. 1-4 at Sheridan College in Brampton, ON or all the live streams right here at www.northpolehoops.com!

The St-Laurent Express: More than X’s and ...