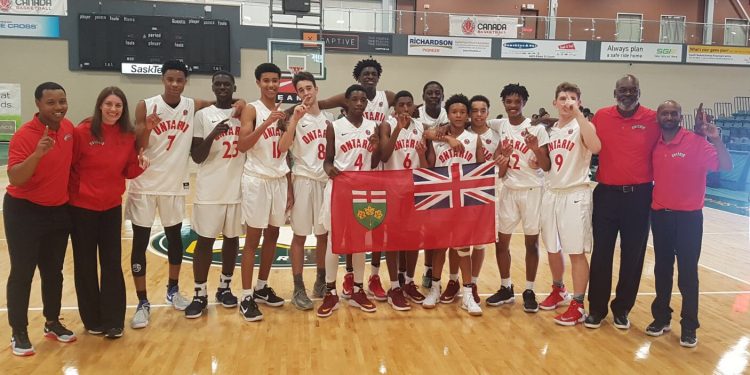 Team Ontario are the U15 National Champions after defeating Quebec 88-71 in the Finals.

Caleb Houstan provided Ontario with an extra gear coming off the bench going for 21 points on 10/13 shooting and 11 rebounds. Houstan’s huge 3rd quarter was integral in Ontario blowing the game open from a four-point game to a 20-point game. Houstan’s length was a nightmare for Quebec, as they couldn’t find an answer to contain him.

Jonathan Avgousti added 15 points going 3/6 from distance. Avgousti played a huge role for Ontario in the first half, keeping them in the lead when the game was tight. Charles Bediako with his size and athleticism chipped in with 12 points and 11 boards.

Quebec was led by Enoch Kalambay who finished with 19 points and six rebounds. The forward had an efficient shooting night in the paint going 8/12.

Olivier-Maxence Prosper scored 13 points including a big slam in the first quarter to keep Quebec in the game early.