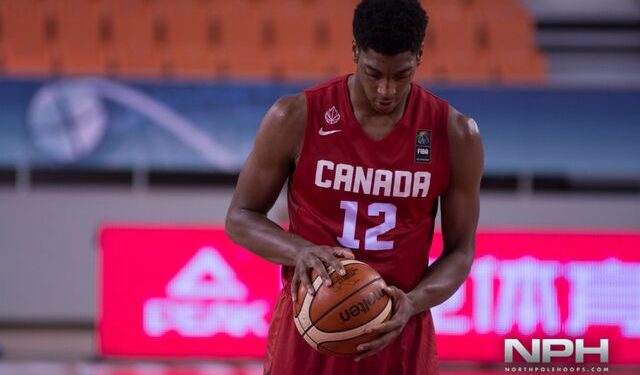 Team Canada announced the tryout rosters for the U17 and U18 men’s teams, which began training camp at Humber College-North Campus last week.

The U17 team, led by head coach Dave DeAveiro of McGill University, invited 22 men to attend their tryouts and will look to cut it down to 12. The final 12 will head to France for an exhibition tournament, before representing Canada at the 2016 U17 FIBA World Championships in Zaragoza, Spain from June 23rd– July 3rd.

In 2015, the U17 team won a silver medal at the U16 FIBA Americas Championships – the programs best-ever finish. Canada is currently ranked 3rd worldwide in the FIBA youth men rankings.

The U18 team, led by head coach Roy Rana of Ryerson University, invited 18 athletes out to their tryout, and look to make additional cuts from there.

“We’re looking forward to working with this group,” said Rana in a press release. “It will be a competitive camp as we look to put together the best team to compete in Chile at the FIBA Americas.”

The final team will begin training July 12th -14th in Toronto before heading to Valdivia, Chile for the 2016 U18 FIBA Americas from July 19th-23rd, where they will look to qualify for the 2017 U19 World Championships.

In 2015, the U19 men’s national team finished 5th at the U19 FIBA World Championships – the program’s best-ever finish. Canada is currently ranked 3rd worldwide in the FIBA youth men rankings.