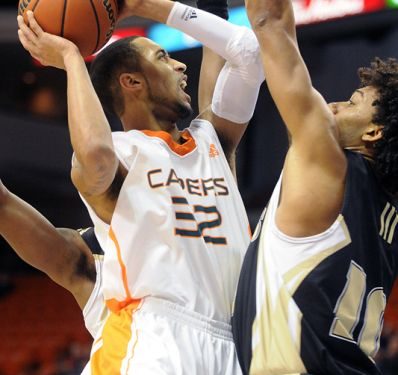 The second ranked team in the nation walked away with two major awards on Thursday night. Jimmy Dorsey and Head Coach Matt Skinn represented Caper nation with AUS  MVP and Coach of the Year respectively.

Matt Skinn led the Capers to a 19-1 season in the AUS conference in his first year, and are favourites to walk away with the conference championship heading into the weekends AUS playoffs.

In his first year as the Capers bench boss, Skinn will be the AUS nominee for the national coach of the year award. If Skinn wins he will be the first AUS coach to do so since 2001.

Acadia’s Owen Klassen came away with defensive player of the year honors on Thursday.

The Axemen rode their defense first mentality to the second best record in the Atlantic, holding teams to a measly 68 points against.

Deontay “DJ” Smith shocked the country as the North Preston contingent came into UPEI quietly and left his first season with a bang. Smith averaged 17 points, 7 rebounds and over 4 assists per game, leading the Panthers in each category; not bad for a rookie.