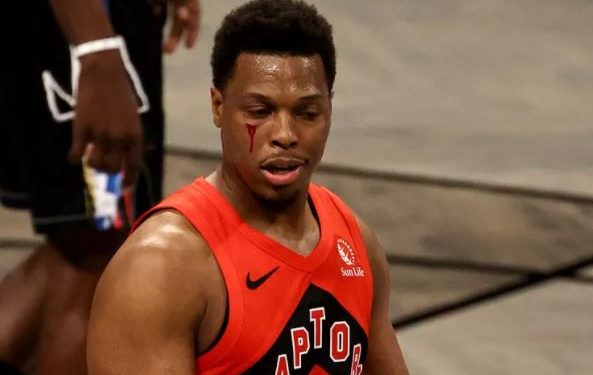 The Raptors embarked on a difficult road trip that took them away from “home” for 9 of their next 10 games. In reality, every game is a road game, so this isn’t anything different for Coach Nurse and his squad. Some teams find camaraderie during long road trips, if that’s true, it’s safe to assume that the Raptors will be best of friends by the end of the season.

Against decent competition, Toronto needed someone to step up and, out of two of their 3 games, they got outstanding performances from their heavy hitters. Siakam dominated against the Nets, Lowry battled like a prizefighter and VanVleet showed how hot he could truly get.

The Raptors and Magic renewed pleasantries in their Tuesday night revenge game. Toronto earned Orlando’s ire when they not only picked up the win, but also forced Aaron Gordon to the injured list. Orlando and Toronto traded leads early. At times, Toronto’s defense was on a string and with each turnover, their confidence grew. But then their offense would sputter, allowing the Magic to regain control. This game was ultimately decided by 1 man. Fred VanVleet. He went supernova from 3 in a shooting clinic that would make Reggie Miller blush. The Magic could never recover.

The Raptors thought they dodged a bullet when Durant was pulled minutes before tip. Even without him, Brooklyn had two more flamethrowers in Irving and Harden who could easily burn any confidence that Toronto may have built. The Raps jumped on the Nets early, but then Durant magically appeared and was suddenly on the floor. But then he wasn’t? In truth, it was confusing what was happening in real time. Aside from the dramatics it was still a heated, competitive, game of the year candidate. The Raps fought like champions, they left their blood and sweat on the floor (literally) and earned a massive win.

The Raptors rolled into Atlanta on the second night of their back-to-back to take on the improving Hawks. Toronto’s offense has looked much better, but it was obvious they were playing on heavy legs. A lot of their shots came at the end of the shot clock and in rushed situations. Credit to the Hawks, they attacked in waves and flooded the paint on D. Toronto’s heart was in it, but their bodies betrayed them. They were missing that little extra umpf, and despite getting a career night out of Chris Boucher, they ate the loss. 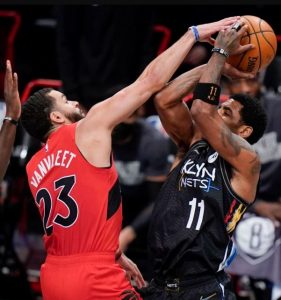 Wichita State’s finest had himself a game for the ages on Tuesday night. One that will live in Raptors lore forever. And though he struggled in Brooklyn, he still hit a dagger 3 (his only one) to solidify the win. Even in the loss, he picked up a double-double and nearly outdueled his All-Star counterpart. VanVleet has supplanted Siakam as Toronto’s primary scorer, and for the smallest guy on the team, he has no problem carrying the load. 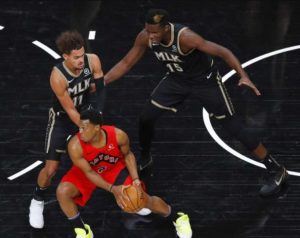 Both Atlanta players get the nod this week because it was too difficult to ascertain who had the better game. Trae was slippery off the ball; simply untrappable. He slithered his way through double teams and did damage from the line. He found ways to set up his teammates for easy scoring opportunities, including the hulking Clint Capela. Capela dominated the glass, shot at an uber efficient rate while also being a mammoth on defense. 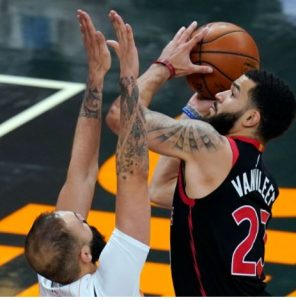 Boucher gets a lot of love for his incredible night, but could it really be anyone else? VanVleet was on God mode, he blew his career high out of the water, setting a Raptors scoring record in the process. Fred was perfect from the line, a thief on defense and repeatedly shot the smoothest daggers into the heart of the Magic. He was the rainmaker. This will forever be known as the Fred VanVleet game. 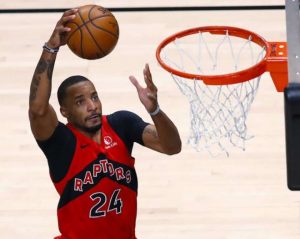 Bench Norm may be a solid reserve, but Starter Norm is proving to be a solid asset. Powell has been the perfect tertiary scorer. He knows his role and puts himself in positions to capitalize, which is usually somewhere in the corners. He has learned to attack close outs and he is one of Toronto’s better players at getting to the rim. Powell is turning into a certified bucket.

It’s another busy week for the Raps as they take on a mixed bag of opponents. First up is Ja Morant and the Memphis Grizzlies on Monday. On Wednesday, they will face Bradley Beal and the embarrassing Wizards in Washington before flying to Boston to take on the tough Celtics the very next night. Finally, their week ends with a Sunday night game against the Timberwolves in Tampa.

Magic Touch – The Raptors cure their ...

The Raptors are climbing the ranks but ...