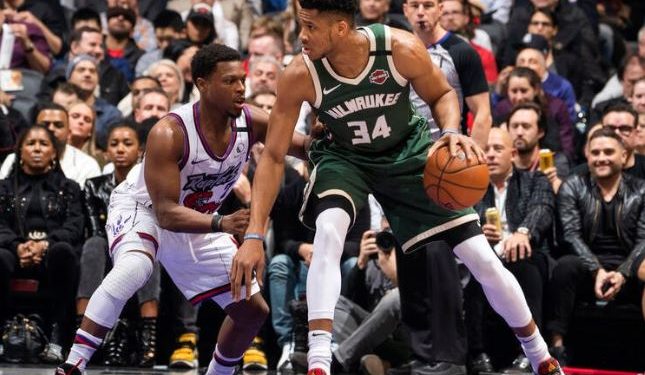 After weeks of solid basketball, the Toronto Raptors were starting to earn some positive buzz around the league. Their efforts firmly solidified their place in the upper echelon of the Eastern Conference along with the Bucks and the surprising Celtics. Teams are finally starting to learn how dangerous the Raptors can be. This week, Toronto had a pair of home games before heading out for a difficult 5 game road trip. It’s gut check time, the competition only increases from here.

The week started with a huge Tuesday night matchup between two conference heavyweights. Both teams said it was like any other game, but in the eyes of the NBA, this was one of the most anticipated games of the regular season. Milwaukee played exceptional defense, but they conceded shots from beyond the free throw line. That meant the Raptors had open looks from there any time they wanted. Giannis lived up to his reputation, Toronto was able to hold him in check, but he did serious work on the defensive glass. The Bucks got under Lowry’s skin and because he was off his game, Toronto lacked the creativity needed to outwit Milwaukee’s touted defense. With the paint clogged, the Raps were forced to the outside, but they could not hit at a high enough rate to match Milwaukee’s potent scoring. Games like this are where the Raptors really miss Gasol and Powell.

The Raptors and Hornets met for some chilly Friday night action in the 6. Toronto was looking for a quick bounce back after a sobering defeat at the hands of the Bucks and Charlotte provided the perfect fodder to get back on track. The Raps were without Ibaka and VanVleet, two key performers, but they somewhat offset that loss by reintegrating a returning Powell into the lineup. Charlotte took advantage of Toronto’s thin front court to dominate the glass and build a sizable lead. The Raps had to muck up the game with some gritty, at times sloppy play, to get back in it. Down the stretch, Lowry singlehandly closed the gap to tie the game with a flurry of baskets. The Scotiabank Arena was rocking, and the Raps had all the momentum. Unfortunately, the game was decided by the whistle when the Hornets took advantage of a cringe inducing call with only seconds on the clock. This was an ugly one.

Toronto was in it tough on Sunday evening when they visited Denver to face another high calibre opponent. The Raps were again without VanVleet and Ibaka, the latter could have certainly helped against Denver’s All-World center, Nikola Jokic. However, it was Denver’s shooters that did damage as they lit up Toronto like a Christmas tree from the outside. The Nuggets excelled at the drive and kick game while the Raptors could only answer with scrappy, scrambling chaos. OG had a breakout game with a new career high in points (32), but the rest of the Raptors seemed a step behind all night, especially Siakam. Both teams scored with proficiency, but the Raptors couldn’t do enough to stop Denver from creating havoc in the paint and from beyond the arc. Toronto drops another one to end a disappointing week. 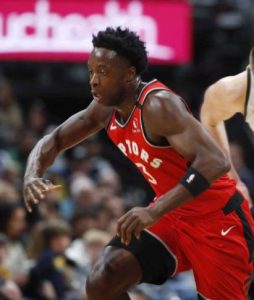 With so many bigs out of the line up, OG faced added pressure to produce, especially on the defensive end. He responded with a pair of excellent two-way games on Friday and Sunday night. OG’s contributions may not always jump off the stat sheet but he is currently riding one of his strongest defensive stretches of his career. Not only has he produced as a supporting scorer, but he also anchored Toronto’s defense with a clinic of quick hands, educated footwork and natural instincts. Add in an improving 3-point shot and Coach Nurse has another versatile weapon to unleash. 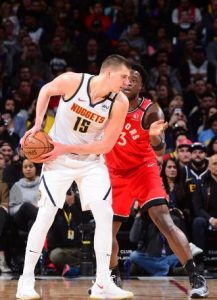 When at his best, the Joker can rightfully command MVP consideration. He showed the Raptors exactly why with an outstanding game on Sunday night. Jokic adapted to all the extra attention, and like a magnet, he attracted defenders leaving his squad of sharpshooters free to fire at will. Nikola worked his way through different defensive schemes to lead his team in points, assists and especially boards. He feasted on rebounds. His efforts erased any Raptor hope of extra possessions or easy opportunities. Jokic earned an impressive triple double with the victory. 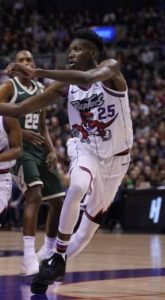 Boucher answered the bell on Tuesday night as the Raptors needed a big game out of the young Canadian. He nailed a handful of triples and held his own against the Lopez twins, with the occasional dose of Giannis, despite his wiry frame. Boucher had great explosion to the rim and showed no fear in the face of a superior opponent. He was an intangible that the Bucks were not prepared for. In just 19 minutes, the Block Quebecois made a significant impact. 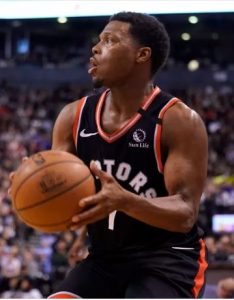 With Siakam struggling to find his offensive rhythm, and players dropping out of the lineup due to injury, Lowry took it upon himself to drag his undermanned squad through difficult competition. Kyle grifted his way through the week, using every trick in the book to gain any advantage. He was exceptionally clutch down the stretch against the Hornets and managed a decent game against the Nuggets on Sunday night. Kyle was excellent in the face of defeat.

The road trip continues as Toronto heads into the desert to play the Suns on Tuesday night. Toronto served Phoenix a recent loss and the young Suns will be out for vengeance. The Raps were burned when they overlooked the Hornets so expect them to be cautious of any remaining trap games on their schedule. On Thursday, the Raptors will face the once mighty Warriors at the Chase Center. Finally, Toronto will end their week with a Sunday afternoon matchup against the rebuilding Kings in Sacramento.