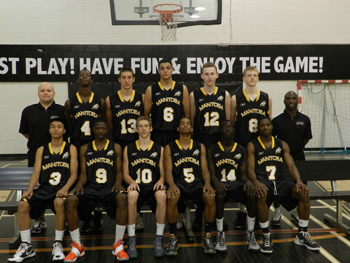 SHERBROOKE,QC–In what we thought would be the game of the tournament, turned into another Ontario victim as Quebec fell 95-46. Ontario’s depth was evident, and their hunger even more so.

Malcolm Duvivier could not be kept out of the lane, and to make things worse for Quebec, he was knocking down his jumper at a high rate. Duvivier lead with a team-high 22 points, while Marcus Lewis added 13 and eight boards.

QC’s biggest producer and player, 6’8 Noah Daoust needed to play a major role if his team was to have a chance. However, Daoust was unable to stay in the game due to foul trouble, playing a total of only 12 minutes.

Manitoba used a team effort to defeat British Columbia 88-76, who most had as the favourite coming in. Once again showing their discipline on offense and maximizing their possessions, they prevailed lead by Junior Sesay, Sampson Kinsley and Ben Miller who poured in 21, 20 and 17 respectively.

Manitoba remains undefeated (5-0) much like Ontario, however this will be the biggest test that will give a good indication of what level they are at.