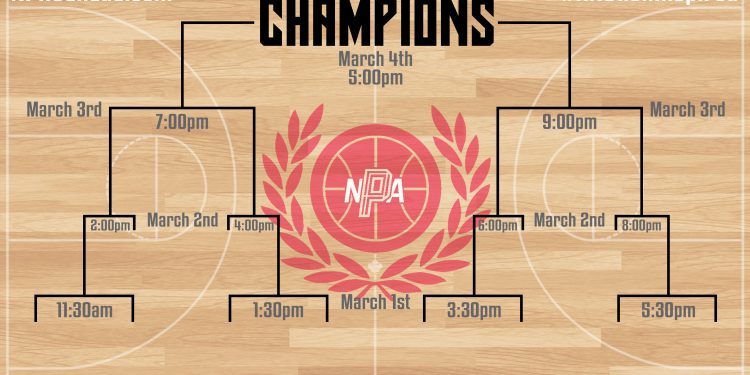 Sheridan College in Brampton, will host the second annual NPA National Championship tournament, March 1-4, featuring programs from all over the country, battling for the crown.

NPA teams have been progressing over the season, with Saskatchewan’s Notre Dame holding the top spot in the Western Conference (8-0) while Central Tech and Canada Topflight Academy are tied for #1 in the Eastern Conference, both at 11-1 respectively. Full standings can be found here.

The City of Brampton and Mayor Linda Jeffrey are pleased to be hosting this national basketball event, and will be in attendance to toss up the ceremonial championship tip-off on March 4.

Brampton City councillor, Gurpreet Dhillon, also an advocate of the game, spoke about NPA Nationals being held in the city.

“Brampton has established itself as a centre of basketball in Canada, producing an abundance of NBA and NCAA level talent from the ground up. As a Councillor and basketball fan, I am excited that the NPA Nationals will be hosted by Brampton this year at Sheridan College,” said Dhillon.

Team rankings and previews will be released next week.

Will CTA repeat or is someone else ready to step up and take the crown?

All National Championship games will be live streamed on northpolehoops.com

Follow the NPA and NPH on Twitter for up to date news on everything NPA and Canadian basketball.