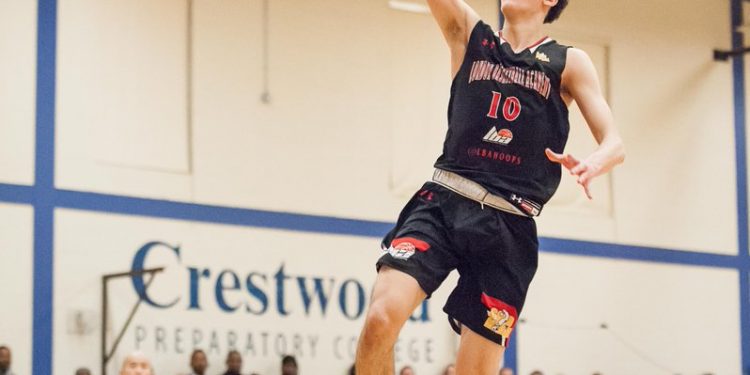 Okay Djamgouz is one of the many newcomers to London Basketball Academy and the NPA. The 2020 guard has already taken the league by storm with his incredible range, forcing defenders to guard him when he crosses half court.

Djamgouz stands at 6’4 and uses his long arms to be able to shoot over defenders and make the three at an elite level. He is one of is if not the most dangerous catch and shoot players in the league. The young guard has elevated his game to make him more of a threat on different levels, using breakdown moves to create his own shot.

In the NPA this season Djamgouz is averaging 18.6 points, 2.3 assists and 1.1 rebounds per game. He has played a huge role in LBA’s success this season helping them achieve a 5-5 record.

Djamgouz and his LBA squad will be in action Feb. 7 when they travel to Waterloo to take on a struggling SJK team.

LBA will be hoping for another Cinderella run in the National Championships. This year Sheridan College will be hosting from Mar. 1-4 in Brampton, ON.

What have we learned? CYBL Session 3 ...