Raptors on track under Casey 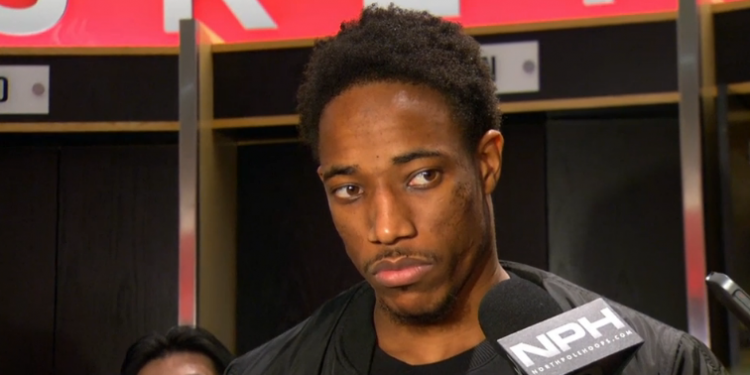 With a 106-87 win over the Milwaukee Bucks on Sunday evening at home the Toronto Raptors are now sitting at 3-0 to start the season.

The core of the team has remained for 2015-16 with a few additions more fit to the coaching style of Dwane Casey, and look to be recovering well from a disheartening playoff exit last season.

Starting at 3-0 for the first time since 2008, and just the third time in team history, is a positive sign as the team heads out on a four-game road trip through Dallas, OKC, Orlando and Miami.

That win was also significant because it gave Casey his 157th win as Raptors bench boss, passing Sam Mitchell for most coaching wins in Toronto franchise history.

“As Drake said, we started from the bottom but we’re not there yet,” said Casey post-game of his accomplishment. “We started 30th in the league in defence, done a lot of building, and we’re still building. Nobody wants to hear that but we’re in the middle of a process of where we need to go and we’re not done.”

Under Casey’s watch the Raptors have improved in each of the last four seasons – 23, 34, 48 to 49 wins a season ago, setting a new franchise high.

Typically humble Casey deflected any praise and refused to accept any glory as the Raptors’ greatest coach.

“I appreciate all the players that have been here. DeMar DeRozan has been here through the whole number of wins.”

“It’s definitely great, you know I’m happy for him,” DeRozan said after the game. “He’s a players coach. He’s one of those guys that always keep you in a positive mindset and when you go out there and play for him you can’t do nothing but go out there and play hard for him because you understand he’ll have your back through the good and bad.”

Toronto is defending and rebounding at a high level, moving the ball around so it’s not always in the hands of a guard while guards are playing well off the ball, and they’ve topped 100 points each of the first three games so fears of a drop off in offence this season seem unfounded.

Against Milwaukee when the Bucks crept within six points the Raptors responded with 14 straight points to seal the deal. With runs like that up their sleeve and Casey continuing to pound the rock with this team a 50-win season isn’t out of the question.