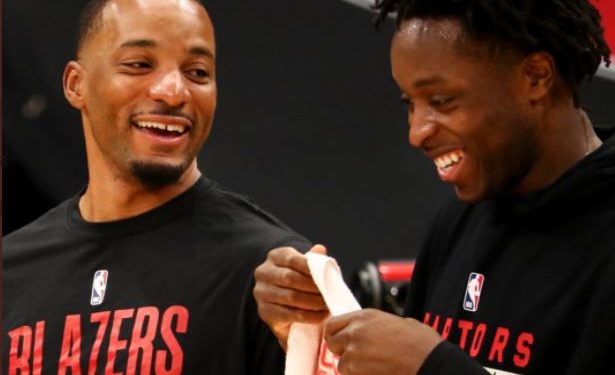 Over the last few weeks, the NBA reminded us how cold it can be as the Raptors find themselves lost in the dredges of ineptitude. This season has been a trial of navigating one disastrous event after another. Most recently, a spiral of losses exposed the cracks in Toronto’s armour. But before the Raps had any time to recover from a defeat, another opponent was ready to challenge them again.

Toronto was 1-1 on the week before they traded their hottest scorer, Norm Powell, to Portland for a pair of serviceable bodies. Gary Trent could be a piece for the future and Rodney Hood brings a bit of leadership with a splash of shooting. Though the loss of Powell hurts most on the scoreboard, this will force the offensive development of others.

Post trade, Toronto dropped a close one to Phoenix before losing to Portland where they also said goodbye to a good friend.

Toronto, losers of 8 straight took on the Rockets, losers of 20. Something had to give. Both teams were determined to break their losing streaks against each other and were worried what it meant if they didn’t. This game had a handful of plays that were better suited for the YMCA. Toronto was only down 2 heading into the fourth. But a combination of frustration, bad luck and poor decisions became their undoing.

The extended losing streak was wearing on Toronto. It brought them to the edge of implosion. But amidst the bad news, there was some good; the Raptors made history in the broadcast booth and NPH favourite, Jamal Murray, was in town. These teams are on different levels but Toronto, with the potential of a seismic team shake up, played surprisingly well. They moved the ball and shared the wealth with Pascal, Fred, OG and Powell eating all night. This was easily their best game in weeks.

Toronto threw new Raptor, Gary Trent, into the fire by immediately giving him starter responsibilities. Siakam had an excellent night, in fact, everyone who played, contributed. Even with adjustments and unfamiliarity the Raptors pushed the second-best team in the West to the final minute. But remember, this is a different Phoenix team. They professionally handled their business, closed out the Raptors and picked up the dub.

It was Norm appreciation night when the Trailblazers took on Toronto on Sunday. The Blazers have championship aspirations whereas the Raptors will be happy just to put a few wins together. Lowry was out which put pressure on Toronto’s core to produce. They had a strong opening half with their new additions fitting in well. However, Portland slowly built a lead towards the end of the 3rd when Toronto forgot how to shoot. The Raptors could never recover. 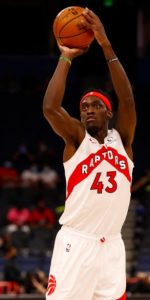 With so many distractions, its easy to miss that Pascal quietly had one of his best weeks of the season. He scored over 20 in every game while grabbing a double-double in 2 of them. His 3-point shot still needs work, but he has done a better job attacking the rim, earning trips to the line and playmaking. 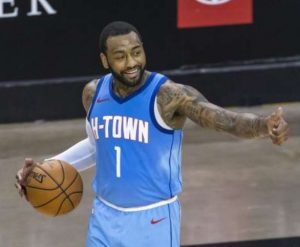 Wall secured a triple double in a big win over Toronto. His fingerprints were all over the game as he moved the ball with ease and showed off some of the explosiveness that made him famous. He even threw in a subtle tribute to recently passed Elgin Baylor with a beautiful 360 layup. His only negative was his terrible shooting percentage. He took twice as many shots as teammate Christian Wood and ended up with the same number of points. 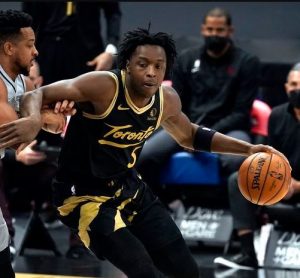 OG was aggressive on his drives and strong on the glass earning himself a tough double-double. He is learning how to use his strength to create space and his 3-point shot is steadily improving. Throw in his ability to cover the lightning quick Lillard or the hulking Nurkic and you can see why the Raptors regard him so highly. 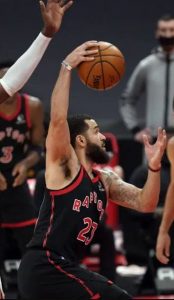 The expectation on Fred is so high that even though he had a solid week, it still feels below what his potential could bring. He remains a dangerous offensive threat, but the Raptors need him to help others get easier looks as his assist numbers took a dip. On the positive, he continues to be greedy on the defensive end as his quick hands swipe, deflect and steal any loose balls.

The Raptors will have another crack at Dwane Casey and the Pistons on Monday night in Detroit. On Wednesday, they travel to OKC to take on the Thunder who feature Canadians Shai Gilgeous-Alexander and Lu Dort. Toronto rounds out a light week with a 2019 finals rematch against the Golden State Warriors in Tampa.

Between both the men’s and women’s bracket, ...