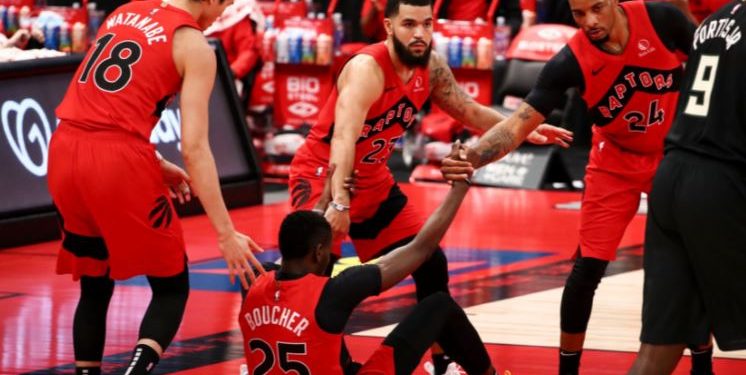 It feels like since 2021 arrived, the world has started to turn for the better and the Toronto Raptors are a prime example of that. After starting the season 2 – 8, they went 5 – 1, with two of their losses coming by only 1 point. This run renewed optimism in the Raptors faithful. More importantly, it seemed that Nurse was finally figuring out his rotation. Reserves became contributors and with each positive outing, Masai Ujiri was looking like a genius once again.

However, the wheels buckled this week, and the Raptors regressed. The issue wasn’t talent, we have seen stretches where their defence looks just as impressive as their championship team and when their offense hums like a Ferrari. The issue is between the ears, and that is something only the players can figure out.

The Pacers and Raptors had a good look at each other on Sunday, made their adjustments and went at it again on Monday night. Toronto had Lowry back but Siakam was out, giving the gunslinging Powell the spot start. The Pacers were organized, they racked up 70 first half points. This was impressive considering they lost All Star Domantas Sabonis early to a knee injury. Toronto fought with decisive drives to the rim but couldn’t get over the hump. It was a well coached game filled with individual battles, but Toronto’s defense let them down.

The Raps welcomed back Siakam but were without their hottest player, OG Anunoby, when they hosted Milwaukee on Wednesday. Both teams executed at a high level, hunted triples, and exploited mismatches. Neither was willing to give an inch on defense which led to chippy action and trash talk. Milwaukee tried to gain some separation in the second half when Toronto’s offense stuttered, but the Raps would not go away. Toronto fought valiantly for 48 minutes but Milwaukee still took the road win.

Coach Nurse had to flex his rotation muscles again, this time, because he was missing Anunoby and Powell, prompting Terrence Davis to get the start. Sacramento was out for payback, they wanted to shoot Toronto out of their own gym. The game was played at a frenetic pace. The Kings and Raps blazed around the court like streaks of red and black. Toronto was down early but they rallied behind VanVleet and the outstanding play of Watanabe and bench reserve, Deandre Bembry. If the Raptors had 30 more seconds, they would have won it, but instead they eat another heartbreaking loss.

Toronto did not want to go winless this week, so they took their frustrations out on Orlando on Sunday. Toronto was shorthanded again, but you wouldn’t notice it considering how well their offense clicked. The Magic have their own frustrations and they boiled over when Gordon picked up a flagrant foul on Lowry. The Raptors built a comfortable lead in the second half, punctuated by a big Siakam dunk. It was academic from there; Orlando posed no threat and Toronto cruised to the win. 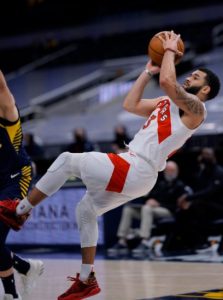 Despite being the smallest man on the roster, Fred VanVleet has been asked to carry a lot. Mr. “Bet on yourself” has shouldered the load and without a reliable Siakam, VanVleet has evolved into Toronto’s primary scorer. Fred’s craftiness has elevated to another level, he has taken a page out of Lowry’s “Book of Grifting” to manufacture opportunities and he is showing leadership that bodes well for the future. All that’s missing are the wins. 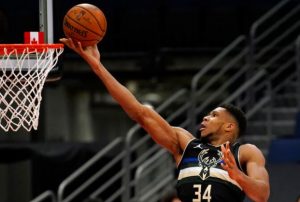 There were some outstanding individual performances from the opposition this week. Indiana’s Brogdon and Sacramento’s Barnes avenged their recent losses with massive games. However, this week’s honours goes to the Alpha-bet for his dominance against Toronto on Wednesday. Not only did he help lead his team in scoring but also in rebounding and assists. Toronto had no answer for the 2-time MVP, he thoroughly outplayed his Raptor counterpart while reaffirming his place among the leagues best. 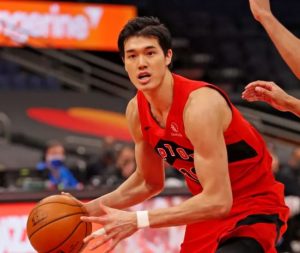 Yuta Watanabe is quickly becoming a fan favourite for his endless, unbridled hustle. He still made his fair share of mistakes against the Kings, but he atoned for them with his improved basketball IQ, scrambling D, and ability to keep plays alive. His numbers won’t jump off the page, but he earned his minutes off his effort. Yuta is carving out a role for himself. 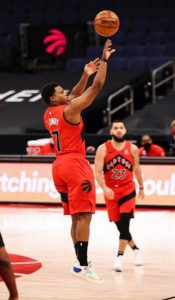 Aside from a bad showing against Indiana and an ejection against the Kings, Lowry had a relatively average week. That was until he exploded against Orlando with a massive double double. Kyle is still playing below expectations, but he ended the week on a high. Even an average Lowry is still better than the majority of the league.

The Raptors and Magic will tangle again in Orlando on Tuesday night, adding another chapter to their storied rivalry. They will then travel to Brooklyn to take on the All-Star laden Nets. They wrap up their week with a Saturday night matchup against the electric Trae Young and the Atlanta Hawks.

Picking up the Pace – Toronto handles ...