What Do Today’s Announcements Mean for the 2020-21 U Sports Basketball Season? 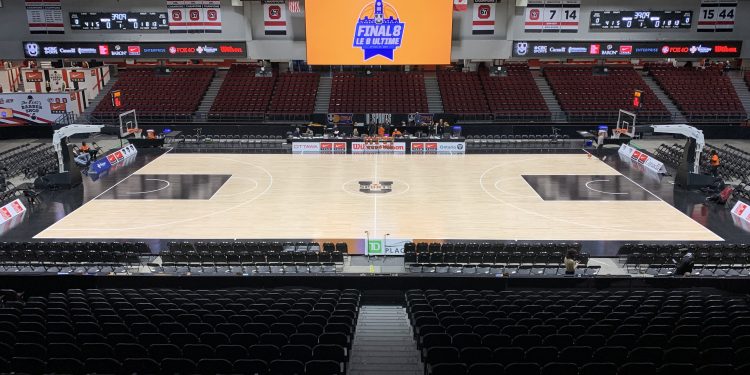 U Sports fans got some troubling news today. The OUA, Canada West and AUS all cancelled all sanctioned events until December 31st amid the COVID-19 pandemic.

What this means for basketball is there won’t be any official U Sports games until 2021 at the earliest.

The reason I use the word official is because, whether or not exhibition games will be allowed to take place pre-January is still up in the air. As is when athletes could head to campus and when practicing or training could even start.

Listening and reading people who know things, they believe there will be athletes on campus in the fall semester as long as it’s in accordance with the provincial health guidelines where the particular school’s located. So, for example if Ontario allows sports to re-start, Ryerson would be allowed to practice again but if not, they would likely be at risk to a significant penalty if they returned before Ontario said it was okay.

This example goes across the country as U Sports and the various conferences are extremely concerned with athlete and coach safety. In the releases of the three conferences that announced cancellations today and U Sports’ own announcement, health and safety is clearly their main concern and if a given school risked that, I’m willing to bet that wouldn’t go over very well.

Obviously, this doesn’t sound too positive and the reality is, for the most part it isn’t. Any time games get cancelled and seasons are delayed isn’t good news.

What I can say that is positive is people within the U Sports community remain optimistic there will be basketball played this season. It won’t look the same as this past season strictly due to timing’s sake, but coaches are preparing and pitching for a potential second semester only format.

This is the latest idea from basketball coaches. It delays the Final 8 nationals to April, league play from late January to late March.

Not approved, but a proposed model: pic.twitter.com/OxiSnKqfaB

Those who are in the know and from what I myself have heard agree that the above format is the front runner for what U Sports will look like this season. This is of course all under the caveat of continued improvement with the virus.

Ontario, Quebec and some other city centres across the country are still far from out of the pandemic and until those situations improve, it’s hard to see a world where U Sports is played. That being said, Saskatchewan, Manitoba and the Maritimes have minimal case numbers and Alberta and British Columbia appear to be well on their way to where the most controlled situations in the country are.

Who’s to say Ontario and Quebec won’t join them on a meaningful upward trajectory and we’ll be playing ball in the early new year? The problem though as with many other situations in this pandemic is, we simply don’t know what’ll happen in a few months.

The key takeaway from today we do know is basketball IS NOT cancelled which is definitely good news. It seems a decision will be made by thanksgiving at the latest on the future of the 2020-21 season for those sports that finish in the new year like basketball.

So, that’s our timeline.

Hope for the best and simply wait to see what happens next. Here’s to hoping we’ll see StFX host the national championship in April and this will all seem like a weird, bad dream.

Until then though, all we can do unfortunately is be patient.