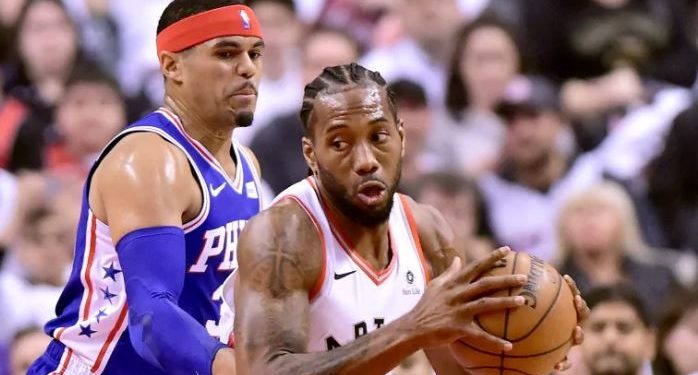 The Toronto Raptors and the Philadelphia 76ers met in Game 1 of their highly anticipated second round series on Saturday night. This is believed to be one of the more compelling matchups of the playoffs as both teams are loaded with All Stars, stingy defenders, dynamic players and hungry veterans. The 76ers carry a lot of hype, swagger and individual talent but Toronto is the better team, built on a strong defensive foundation and led by a player who flirts with excellence on a nightly basis. The city was buzzing with anticipation, the Scotiabank Arena was shaking, and the players were hungry to get the series started. Philadelphia tried to take advantage of their size and pound the ball in the paint, but Toronto is coming off a physical series and was ready to body the 76ers. The Raptors did a great job fighting through screens and closing out on shooters, Philly had to work hard for every bucket they got. Toronto’s smothering defense helped sustain a 10-point lead throughout the majority of the game. On the offensive end, the Raptors were bolstered by an outstanding night from Kawhi Leonard who methodically dismantled the 76ers. Kawhi was unstoppable and, along with a dominating defensive performance, Toronto breezed their way to an easy win and early control of the series.

Marc Gasol was brought in specifically to match up against big, strong, skilled centres, and they don’t come much bigger than Joel Embiid. Embiid can be a handful for any defender, but Gasol was ready for the challenge. He played solid defense and held Philly’s most dangerous player to only 5/18 from the field. Gasol’s shooting stretched the floor and opened slashing lanes for Siakam and Leonard to run wild. Marc scored 8 points to go with 2 rebounds, 4 assists and a block. He may have a modest stat line but don’t let the numbers fool you, this was an excellent performance from Gasol. 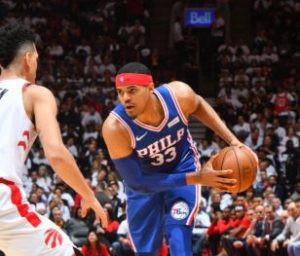 Tobias Harris has always been an underrated player. He could have been named to the All-Star team several times already and coming into this series, he was touted to be Philadelphia’s X Factor. While Embiid, Simmons and Butler commanded most of the attention, Harris was able to punch through seams in the defense to stick a few jumpers. Harris also stepped up big on the glass to help win the battle of the boards. Tobias logged heavy minutes for the 76ers, finishing with 14 points, 6 assists, a steal and a game high 15 rebounds. Harris was the brightest star for the 76ers and may have earned himself an increased role in the games to come.

It should be noted that the Raptors were able to get under Harris’ skin as they forced him into 5 turnovers. He squeezed the ball in frustration after some of those whistles. 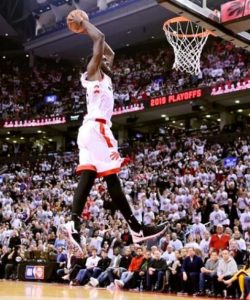 How do you stop a problem like Pascal Siakam? Pascals meteoric rise has been so drastic that teams have yet to develop an effective scouting report to slow him down. Whenever Philly pressed, Siakam seemed to always come up with key shots to ensure that the 76ers were kept at a distance. Spicy P has jumped over Kyle and Gasol as the second-best Raptor and is making his claim to be the next face of the franchise (Kawhi’s free agency pending). Siakam had a deadly game from the midrange and is becoming automatic from 6-10 feet. He scored 29 points to go with 7 rebounds and an assist. Pascal was a beast in his own right and in any other night, he would have been the player of the game.

Kyle Lowry has shaken off his playoff criticism and has settled into a nice role to spearhead the Raptors. He played without pressure; his cuts were crisp, and his defense was sound. Kyle is giving up a lot of size in this series and the 76ers were looking to exploit that advantage in the paint. However, Lowry is a stout defender and, more often than not, he disrupted Philly’s game plan forcing them into secondary options. Kyle shot was off, but he did enough to keep the defense honest. He scored 9 points, pulled down 3 rebounds and handed out a team high 8 assists. Lowry was content to sacrifice his scoring and play the role of facilitator as he was the spark that lit Toronto’s fire. This should be a big series for the Philly native who will benefit from playing in front of a supporting crowd in every game. 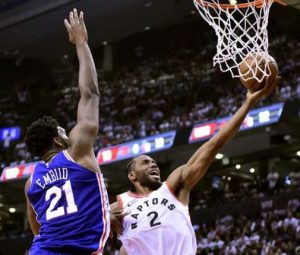 Kawhi Leonard was an absolute juggernaut for Toronto as he dominated Philadelphia on route to a career playoff night. Kawhi used his underrated athleticism to create space for his jumper and when the 76ers crowded him, Leonard took advantage of any sliver of room to bulldoze his way to the rim. Kawhi kept defenders on their heels and attacked with such direct conviction that officials had no choice but to make the call, sending him to the line for a game high 11 attempts. Kawhi’s defense was suffocating, he held Jimmy Butler to a very pedestrian 10 points and turned the notable Raptor killer into nothing more than a footnote. Leonard had two signature moments; one where he crossed up Butler leading to a spin move dunk and later, a massive block on Harris leading to a leak out Siakam finish. Kawhi made the game look effortless. He scored an incredible 45 points on a mindboggling 16/23 shooting to go with 11 rebounds, 2 assists, 2 steals and a block. The basketball gods took their wrath out on the 76ers and Kawhi was their instrument of vengeance.

The Raptors have a day off but will be back at it on Monday night for Game 2. Toronto is heating up and will be looking to take a 2-0 series lead into Philadelphia for Game 3.