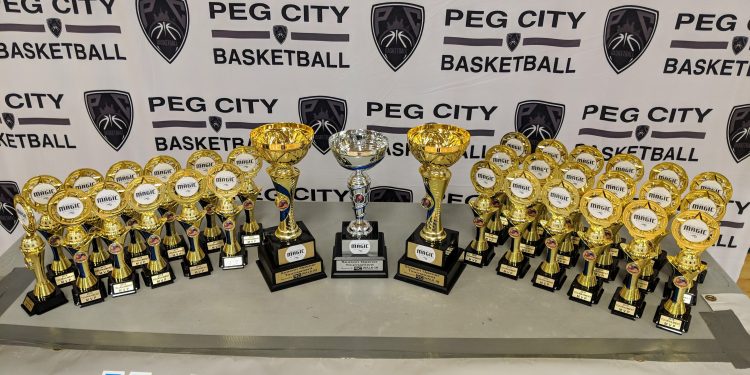 Champions were named within the many divisions of the Manitoba Magic’s Invitational Tournament that took place thanksgiving weekend and overall there was one big winner within the entire event – Winnipeg.

Within the structure of three of the most high class venues within the province over 105 teams went to battle in what was an electrifying setting, the like of which are hard to come by within any province.

#Manitoba is loaded with talent, the 2018 @manitobamagic Tournament was 🔥 #Winnipeg

For years teams from Manitoba have had to look outside of the provinces boarder for this type of event much less recognition on a national scale. After being apart of such a historic event, what was the main take away – togetherness.

All clubs within the region came together, as one, to deliver a dynamic atmosphere, with high level players and tons of competition to better the growth of basketball within the province.

2021 Jonam Kazadi @jonamkaz is a problem from the PEG 😨 . At 6'4 Kazadi has an exceptional open court game, dunks everything inside and good court sense, 💎 in the rough @manitobamagic Tournament @basketballmb

And, as always, there were players that rose to the occasion and captured the big moments like 2020/21 Jonam Kazadi. A 6’4 hybrid forward, Kazadi dunked everything, showed a lethal open court game, and was very deliberate in his approach.

Ramnauth is extremely shifty and very deceptive with his hand, going through defences at will. Lisan is a lighting quick leaf guard with a lot of torque and power in his crossovers who loves to get physical.

Day 1 of the @manitobamagic Invitational has the @jr_bison_boys_bball all over the highlight tape 🎥 . @kyshawnramnauth and @_mekhilisan showed off their elite handles and finishing ability at the rim 🔥🔥🔥 #Winnipeg #Manitoba #canadabasketball

It was an honour and privilege to be around such a great basketball community who’s effort, love and passion for the game is second to none.

New players have been added into the national database, and now will continue to be tracked throughout their seasons.

All the winners from each division can be found on the Manitoba Magic’ instagram page here, follow them for the latest.

NPH will also be back in Winnipeg Manitoba on May 4th to 5th for our annual NPH Showcase, confirm your spot here and we continue to find and evaluate the provinces best.