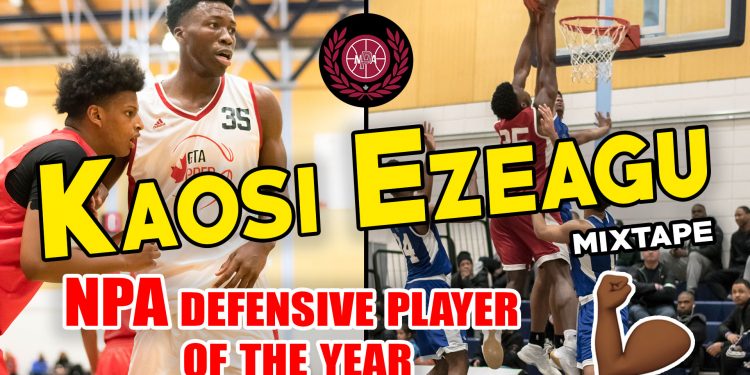 After spending a season in the United States, Kaosi Ezeagu returned home to play for GTA Prep in the National Preparatory Association and his improvement this season has been remarkable.

His work ethic through three-a-day workouts resulted in a national Defensive Player of the Year Award as he was the only player in the league to average a double-double.

He followed that up with breakout performances in both of Canada’s National showcase events including being named the Co-MVP of the Signature All-Canadian Showcase alongside RJ Barrett and Luguentz Dort.

To say Ezeagu’s stock is rising would be an understatement and whatever D1 school lands him will have a big man that will make an impact with the hunger and determination he brings with him.