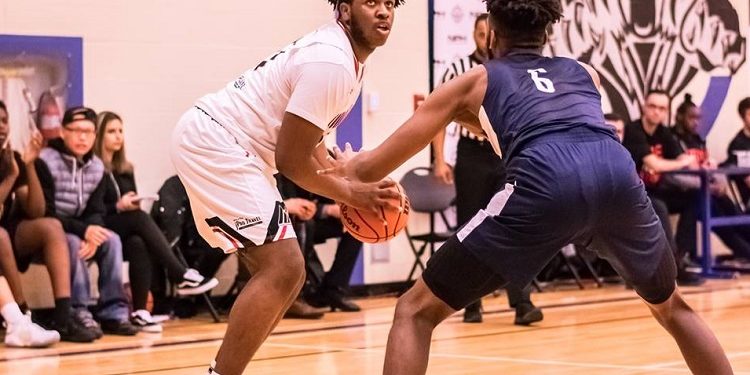 Joshua Inkumsah has been one of the most heavily recruited players in the country by Canadian Universities. As of late, the Americans have peeped the videos, talked to his club and Prep coaches and they’re sold. Multiple division one schools got involved but Inkumsah chose Fort Wayne of the Summit League and has officialy committed to IUPFW (Indiana University – Purdue University Fort Wayne).

Inkumsah and his family were very patient in the process and executed a game plan that allowed him to keep a safety net of several USports programs who would have gladly taken him.

He had his mind set and a consistent mindset of picking up a division one scholarship.

“A lot of people didn’t think I’d make it to the NCAA, I’m glad to prove them wrong and still have more work to do, not just to get their but to thrive.”

In his past two seasons in the National Preparatory League of Canada, his contributions to London Basketball Academy have been immense.

In year one, he was a major piece in a National championship run where LBA was under manned, with a short bench, yet shocked the nation by beating loaded rosters. LBA got to the finals where they would come short to defending champion Canada Topflight Academy.

Inkumsah’s style of play has been compared to Draymond Green as a result of his versatility on both ends of the floor.

“Something I’ve learned during my time with LBA is that I’ve been a lot more open to criticism and learning from my mistakes. I just want to get better, so I’m going to keep finding ways to improve.”

He’ll be on campus as of June to begin his off season training and get into form for the 2018-2019 NCAA season.