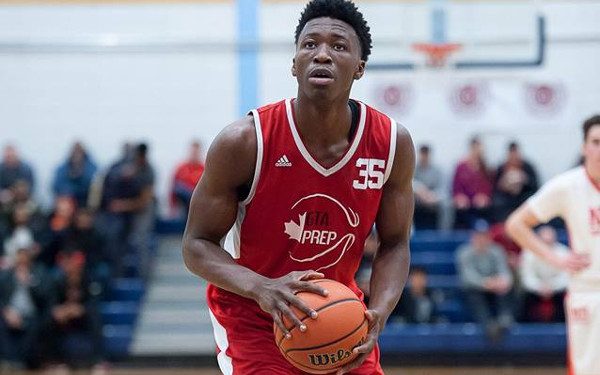 Canada’s known to have a hot bed of sleeper prospects that pop up out of the blue. Kaosi Ezeagu however, is 6’10, muscular and athletic. How do college coaches miss a prospect like this?

Western Michigan University is not one of those college teams. The WMU Broncos have known about Ezeagu for the past two years and have been assertive in their approach by visiting Canada on multiple occasions.The Broncos have expressed their want and need for the National Preparatory Association’s Defensive Player of the Year.
As a result, Ezeagu and his family have set a date for an official visit.
The Canadian big man will be on campus this Tuesday following the Signature All-Canadian Showcase which takes place on Monday.
Ezeagu is also receiving interest most recently from Butler. Butler assistant Coach Jeff Meyer was in Mississauga this week to check out the big man in a workout.
TagsKaosi Ezeagu
Share:
Previous Article