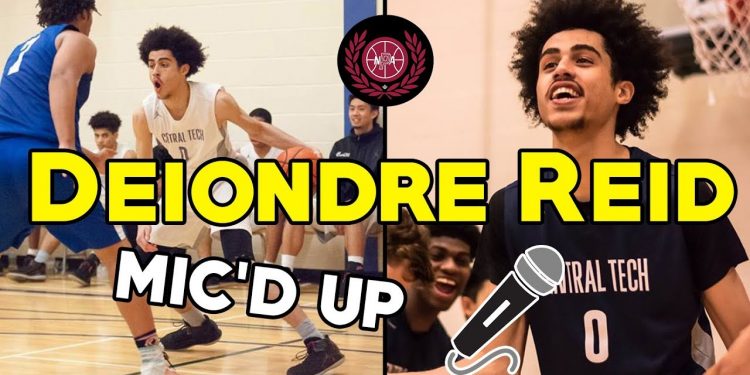 Deiondre Reid is having an amazing start to 2018! The 6’6 forward showed he can rise to the occasion against the best players in the country during the NPA New Year Challenge.

The Scarborough, ON native and his Central Tech Prep team defeated the reigning national champions, Canada Topflight Academy without top point guard Raheim Sullivan. Reid not only scored 18 points in the huge victory, but he also came up with the game saving block on an Atik Gilao layup attempt at the buzzer.

In his Mic’D Up game, Reid again scored 18 points and grabbed seven rebounds in a 102-91 win against Halifax Prep.

Reid is a 2018 forward that does it all on the floor. He is an energetic leader for CT Prep and hustles for every loose ball and rebound.

Central Tech Prep are one of two undefeated teams left in the NPA, alongside the 8-0 Notre Dame Hounds. The program out of Toronto will be looking to maintain their undefeated record heading into Nationals in less than a month.

Reid and his teammates will be looking to go a step further than last year when they lost in the Semi-Finals. Catch them live at Sheridan College from Mar. 1-4 when Brampton, ON will be hosting the NPA National Championships.