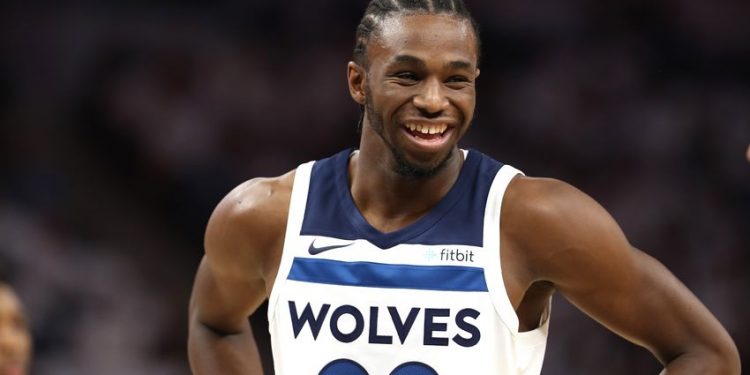 TORONTO – Life in the NBA can be tricky. You can go from prince to pauper at a moment’s notice, or pioneer to trade bait if you ask Blake Griffin.

When the Toronto Raptors took on the Timberwolves in Minnesota, Andrew Wiggins looked the king of all he surveyed.

In the absence of Jimmy Butler, the Vaughan, Ont. native rose to the occasion and helped rally his team from an eight-point halftime deficit to win by six. Wiggins finished with 29 points on 11-of-21 shooting, showcased his spectacular athleticism with a couple of electrifying dunks over Jakob Poeltl, and did the little things late with a crucial offensive rebound late to help secure a 115-109 victory.

These were encouraging signs to say the least. Wiggins had struggled to consistently impact the game in a variety of ways coming into this season — completely understandable for a man now less than a month shy of 23 — and his head coach Tom Thibodeau was pleased to note his improvements year-over-year.

“I think he’s a more complete player,” Thibodeau said before the game. “He’s starting to see things, make plays. He’s always been a gifted scorer but he’s making other people better. His defence is getting better and better, he’s making hustle plays. His impact on winning has been far greater this year than it was last year.”

Wiggins dropped a 40-piece in a win over the Los Angeles Clippers in their very next game to provide a reminder of just how dominant a scorer he can be, but it has been a struggle for both him and the team ever since.

The Raptors defeated the Wolves 109-104 on Tuesday night to hand them their fourth loss in five games, a span during which the 22-year-old has averaged 16.8 points on 42.3 per cent shooting in defeats.

Wiggins came out perhaps a little overzealous in front of his home fans, starting out 0-for-6 before a pair of seemingly unintentional bankers got him off the schneid. He finished the game needing 22 shots for his 15 points and could never seem to find a rhythm out on the floor.

When Thibodeau made his pre-game comments, he also noted how easy it is to forget the steps that players have to go through. For Wiggins, he has had to transition through plenty over the course of his first four seasons.

After getting selected with the top pick in the 2014 NBA draft by the Cleveland Cavaliers, he’s been traded, looked upon as the franchise player, then a co-franchise player, and now plays a tertiary role behind Jimmy Butler and Karl-Anthony Towns. This is also the third coach he’s played for since making his debut at the highest level.

“It’s very tough,” said veteran Jamal Crawford who is now in his 18th season. “But Wiggs isn’t a guy who’s on an emotional roller coaster, what you see is what you get. He’s very laid back, he’s not really an emotional guy, so I don’t think that stuff affected him. I think he just internally takes it in and goes from there.”

Not to forget, there’s the small matter of the NBA landscape becoming much more engineered towards the three-point shot than when he first began. Arguably the third-best player on his team now, Wiggins’ game is quite different — as you might expect — depending on whether or not Butler is on the court.

Wiggins takes on more of a spot-up role when Butler is around, an attempt to spread the floor, but his reluctance to shoot from deep in Butler’s absence suggests it’s not something he’s entirely comfortable with just yet.

He’s attempting a career-low 22.3 per cent of his shots from within three feet of the basket, and that distribution has gone entirely towards his three-point stroke, from where he is attempting 26.4 per cent of his shots as a whole. That’s a 15 per cent increase from his attempts from long distance in his rookie season, and the attempt to serve his team in the best way possible mustn’t be negated by his low success rate with the shot.

If he can inch closer towards the 35.6 per cent mark he shot from deep last season, Wiggins now becomes enough of a threat to avail of more rushed closeouts, and open up more opportunities at the rim for himself or easier looks for his teammates.

It’s not far removed from the improvements DeMar DeRozan has already made to his game, and the Toronto swingman has now established himself as a superstar in the league.

“You look at the great players and steal from them, learn from them,” Crawford said. “See what they’re doing, what they’ve added, how they approach the game, but DeRozan, he’s everything that’s good about basketball. He doesn’t cheat the game. He’s definitely a great player for Andrew to learn from.”

The blueprint has already been laid out, and all indications are that Wiggins has the work ethic to execute it. As the combination of Butler and Towns challenge him to explore aspects of his game he possibly wouldn’t have otherwise, the value of patience cannot be underestimated in giving a young man the time he needs to figure it all out.

And once he does, Crawford believes the sky’s the limit.

“I think he’s (Wiggins) one of the most talented players in the league. He’s unbelievable, and he’ll be a future all-star for sure.”