How NBA timeout changes could impact the Raptors 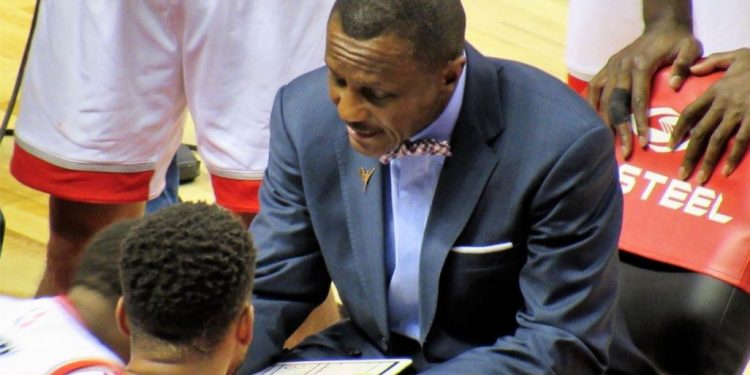 The NBA announced some changes on June 12th to speed up a game that has been slowed by coaches calling for a timeout, or referees going to the replay centre.

The first set listed are overall changes that will impact the management of timeouts by coaches, while the second set will also potentially impact rotations. That’s where I’ll get into more of a strategic discussion.

The main point to focus on here is that no more than four timeouts can be carried over to the fourth quarter. It will be interesting to see which coaches develop a pattern of hoarding them, and which ones aren’t afraid to burn a timeout or two extra in order to stop the bleeding early.

On a personal note, I’m glad we can stop pretending that 20-second timeouts are 20 seconds. All timeouts are equal now, so gone are the days of coaches looking like they’re playing a game of ‘Simon Says’ and tapping both their shoulders to differentiate which type they want when they end up taking about as much time as they need anyway.

The Raptors have generally been slow out of the gate, but it remains to be seen if that trend will continue with potential changes to the starting lineup. Jonas Valanciunas’ days in that unit may be numbered, and a more athletic lineup to start out may allow Casey the luxury of not calling the first timeout. That could go a long way towards saving timeouts for the final quarter, with a TV-timeout after the first stoppage under the seven-minute mark now in play.

The TV-timeout at the three-minute mark is helpful as well, as that is usually when Kyle Lowry checks out of the game for a breather before checking back in at the start of the second quarter with the bench lineup that he usually excels with.

The final few minutes of the first quarter are usually played out by the backcourt of Cory Joseph and DeMar DeRozan, and usually produced less than flattering numbers for the Raptors. Time will tell if Delon Wright or Fred VanVleet can help change that.

The start of the second quarter is where things can get a little tricky for Casey. The Lowry+Bench units have been one of the best in the NBA for several seasons now as they pummeled other teams’ bench units, and the rest Lowry received with the old TV-timeout at the nine-minute mark of the second quarter was important before the opponent’s starters checked back in.

Does Casey call the timeout anyway to rest his best player who averaged the second-most minutes in the league the past two seasons? Or does he hope that his dominant Kyle+Bench unit forces his counterpart’s hand to stem the tide? The same line of thinking applies to the start of the fourth quarter, where the Raptors execute a virtually identical rotation plan.

Overall, we are looking at a minimum of four stoppages per quarter for the first three quarters (two TV-timeouts, and one regular timeout per team). I suspect most teams will be happy to have three timeouts to their disposal heading into the fourth quarter, leaving them one “extra” timeout to use as and when they fit.

Two lineups will play a decisive role in when Casey uses his: the starting lineup, which, if it continues to be poor, will need the first timeout, and the Kyle+Bench unit, depending on how strong their punch is, and how fit Lowry is. No doubt, Raptors Head Athletic Trainer Scott McCullough and Strength and Conditioning Coach Jon Lee will have their work cut out for them.

Furthermore, the NBA also made two changes regarding game flow, but these don’t really have much of a strategic impact: