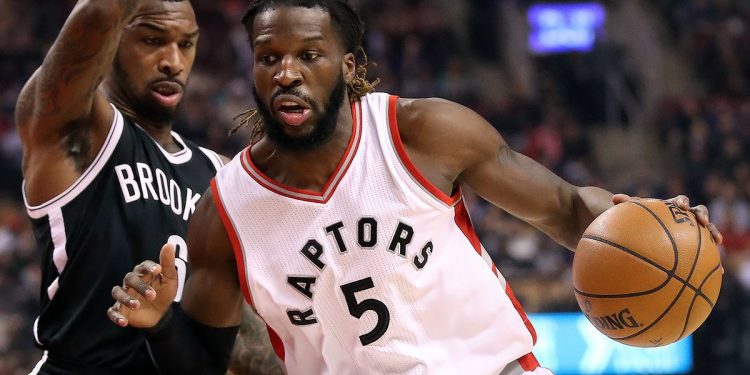 Know this: Masai Ujiri knows how to strike when no one’s watching.

While many expected the Toronto Raptors to make a salary dump type of move after re-signing Kyle Lowry and Serge Ibaka, it was Cory Joseph and Jonas Valanciunas that appeared the most likely candidates.

DeMarre Carroll appeared a difficult trade candidate, with $30.2 million still remaining on his deal along with his experience on 12 month loans bad credit, injuries and inconsistent play that marred his time in Toronto. These factors probably reflect the price the Raptors had to pay to get him off the books, surrendering a lottery-protected 2018 first-rounder, a 2018 second-rounder, and taking on a player with a career net rating of -12.9 in Justin Hamilton.

Hamilton currently figures to be behind Valanciunas, Jakob Poeltl, and Lucas Nogueira in the playing rotation, but does offer something different as he can knock down the open three-pointer. He’ll need to improve upon his 30.9 career three-point percentage to seriously be considered a stretch-five, though.

Besides the obvious clearing of salary, what this move also does is roll out the red carpet for Norman Powell as the team’s new starting small forward. Powell filled in more than adequately when Carroll would sit out back-to-backs last season, averaging 13.9 points, 3.2 rebounds, and 1.8 assists in nine games in that role. He did so shooting 47.7 percent from the field and 39.9 percent from three on 4.8 attempts per game, and the Raptors will need that kind of volume shooting from the outside going forward.

More recently, he was terrific in a starting role against the Milwaukee Bucks in the first round of the playoffs, where he was an effective impact scorer while locking up Khris Middleton on the other end. The freed up money will also prove useful in re-signing Powell, who will be a restricted free agent in the 2018 offseason.

Moving further down the line, as currently presented, the Raptors will have to depend on Bruno Caboclo and OG Anunoby to provide depth at the position. This sounds quite precarious, as both can be looked at as rookies at the highest level. Neither have played any NBA minutes of significance, and this lends to the theory that it’s unlikely Ujiri is done dealing.

The Raptors still need to shed approximately $5M in salary to become eligible for the full mid-level exception. That would leave Joseph and Valanciunas still susceptible to being dealt, but without the pressure of a gun to their head to make a deal just to get out of excessive tax payments.