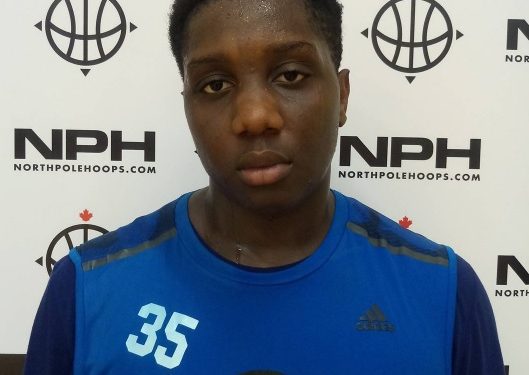 On Sunday, the Signature League resumed with grade 9-11 action taking place in Mississauga and Brampton, where we had a chance to evaluate some new and upcoming talent, while reconnecting with familiar faces. Below you will find five names that caught my eye.

At the top of the list is Junior NPH Showcase alum, 6’6 G Kordell Charles, who suits up for UPlay Canada on a loaded roster that also includes, 6’9 Charles Bediako and Luke Degannes.

Charles has grown a few inches over the last year, and has maintained his agility and footwork as displayed in transition where he is able to finish fluidly above the rim. Charles is one of the top prospects in the class of 2021 and is showing great signs of progress.

As stated previously, Ryan is the younger brother of national team member Andrew Nembhard, and is more than holding his own against competition three years older. It didn’t take long to distinguish himself as an elite level lead guard.

First time seeing Fuller. He has a big body with a scorers mentality. Love his aggressive style of play, especially at this age.

Fuller is constantly in attack mode weather it be driving the lane and finishing strong or launching from behind the arch with his effortless release.

He will need to improve his body, agility and lower his centre of gravity to take his game to new heights, but a strong showing for Fuller. Leads the Signature in scoring at 29.7 PPG. Buckets.

Chilton stood out from the first minute of play, when he attacked the rim hard from the three point line for a two hand flush, followed by a triple the following possession. His activity level on both ends of the floor can be contagious…a guy you want on your team based on effort alone. Thoroughly impressed with how far he’s come over the last two years.

Vlad defines work ethic. He doesn’t possess any special physical gifts, but has been building his body with a muscle building diet and fundamental skills over the last year. He is fresh off being named Mr Peel basketball with his confidence soaring.

Coming up this weekend at Turner Fenton, we will be back at Signature league, taking a look at the class of 2018.