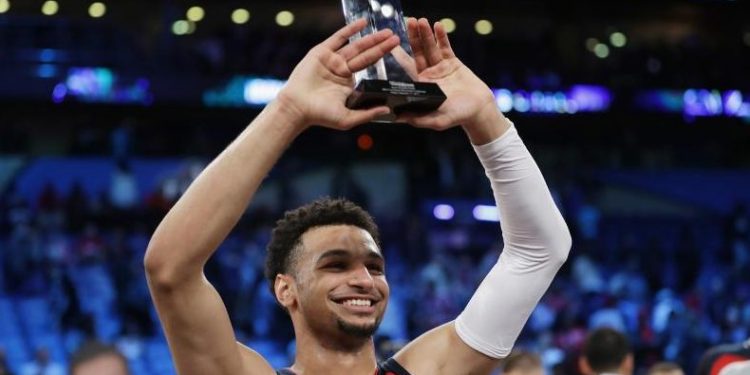 Jamal Murray is meeting his own standards and his picked up the BBVA Compass NBA Rising Stars MVP for 2017. He’s been wracking up MVP awards since before the ninth grade and has now erased all doubts from the rocky start at the beginning of the season.

Charles Barkley has been making an argument to say that Murray could be a potential Rookie of the Year as a front runner.

The last time I was in the gym with Murray in Kitchener, Ontario he went 86 out of 100 from the three and was upset about. He thought there was at least four of those 14 misses that he should have made.

Ultra confidence and an elite skill set with the ball in his hands is going to keep him in the league for a long time. It’s not far-fetched to think he’ll be in numerous NBA All-Star games as well.

With NBA All-Star festivities still going on there are a record high number of 7 Canadians participating at NBA | FIBA Basketball Without Borders.

Rowan Barrett Jr. has a good chance to be another Canadian to leave New Orleans with an MVP.