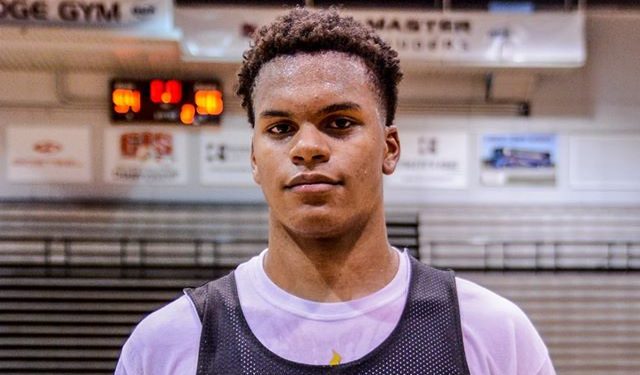 Shamiel Stevenson is the most versatile player left in the Canadian 2017 class. Versatility is the key factor that has opened up his recruitment midway through his final high school year. Ohio State is the latest school to jump in and try to get Stevenson’s attention for a visit.

Details have not been confirmed but there is interest from both sides.

Meanwhile, Stevenson has an official visit to Pitt set up for the weekend of January 28 as Pitt has kept in contact and continued to develop the relationship.

Although it’s not the end all be all, Stevenson is happy that schools closer to Canada have become really interested.

“It’s not necessarily a deciding factor, but it is a positive, the way I see it. My mom (Karen) can drive down to see me play when I’m in that area of the map.”

The drive to Pitt is 5 hours, drive to Ohio State 6.5 hours and to Indiana 8.5…reminiscent of some of the AAU drives.

It’s been a journey for him, one that has humbled Stevenson and taught him to appreciate every situation.

He has played all five positions throughout his high school career. Ninth grade, he enters as a center/power forward at Holy Trinity, in Oakville, Ontario out of necessity and needs of the team. As an 11th grader he makes the move to Wasatch Academy where he transitioned as a hybrid forward. Today he is a legitimate wing for Hillcrest Prep.

“I knew I wasn’t going to be a post player but for some teams back in grade 9 that’s what the team needed and I made the most of it. Over the years I’ve taken the role of rebounder and lock down defender, rim protector and today I’m even getting to experiment as PG in some games.”

As his ball handling and outside shooting have improved, he’s been given the freedom to do more with the ball in his hands. He can get to the rim with one dribble and has added counter moves to maneuver around defenders.

He’s looking to put his full game on display at the next level.

“I want coaches around me that are going to believe in my abilities and allow me to play a lot early, obviously considering I earn those minutes.”

“I want to one day play in the NBA and I know what kind of work needs to be done to get there, the right support system is key for me.”

Coaches are seeing the pro potential that Shamiel Stevenson has. His physicals, strength, skill and athletic ability trump many of incoming freshman. The level Stevenson is targeting is not far-fetched considering he stays on the incline.