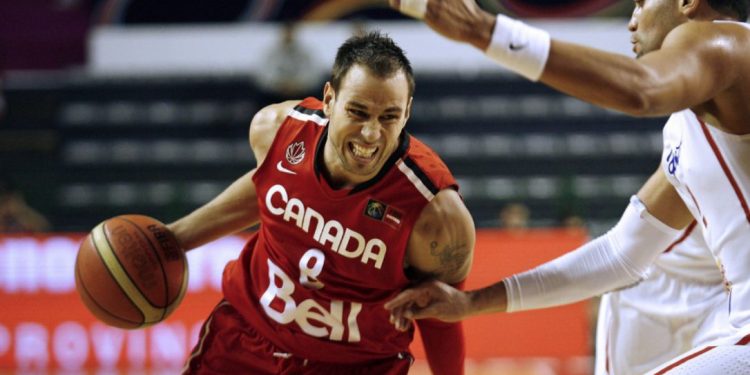 Longtime Team Canada veteran and Patrick’s Cove, Newfoundland native Carl English discussed his life of basketball with CBC, and what the future holds in store for the pro baller.

During an interview with Debbie Cooper for the CBC show Here and Now, English discussed his career in basketball, his family life, and what the future has in store for the 6’5” shooting guard. English has played professionally in Europe since 2005 and represented Canada on the national stage since 2000, and tells the CBC he thinks he has another one or two years of professional ball left in him.

English currently plays with Dominion Bilbao Basket in Spain’s Liga Endesa, and has been an integral part of developing Canada Basketball, battling on the cusp of making an NBA roster and being a major talent for the Canadian squad before the likes of Andrew Wiggins and Jamal Murray.

VIDEO || Some highlights from preseason by Captain Canada with Dominion Bilbao Basket. Enjoy it! pic.twitter.com/JQRyDjjjD8

The 35 year old also discusses how close he was to making it to the NBA, and reflects on the decisions he made during the prime of his career and the decision making process involved with deciding between playing in Europe and the NBA. It is a truly difficult gamble for adults who are on the cusp of making it pro, as the risk involved in committing yourself to the later NBA tryout dates puts your livelihood for the year at risk for you and your family.

The Newfoundlander has dealt with profound personal tragedy throughout his life, losing both of his parents at age 5, as well as his uncle the day he was leaving for the University of Hawaii where he would play his college basketball. English has persevered through tough situations and has found success on the other side, providing him and his family with incredible opportunities across the globe due to his tough work ethic.