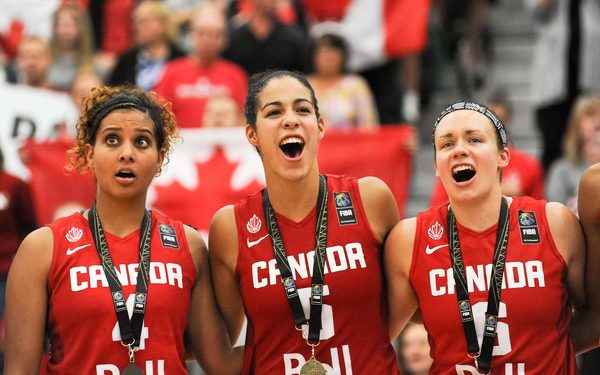 Canada finished their American exhibition tour with a record of 1-2, losing tough battles to #2 Australia and #1 United States. This will be their last action on the court before heading into the Rio Olympics.

Langlois led Canada in scoring for the second straight game, adding 13 points while shooting 6/10 from the feild, while also dishing out four assists. Ayim had 11 points, and Kia Nurse added nine for Canada. French guard Sarah Michel was the game’s top scorer with 16 points.

“I was happy with how our team responded with our level of physicality and communication at defensive end,” Team Canada’s head coach Lisa Thomaidis told Canada Basketball. “We have a healthy rivalry with France and had to battle until the very end.”

The squad’s next stop is Rio for the 2016 Summer Games, where they will kick off competition in Group B against China on Saturday at 1.15 p.m. EST.