Canadian U18 Finish 2nd Against USA in FIBA Championship 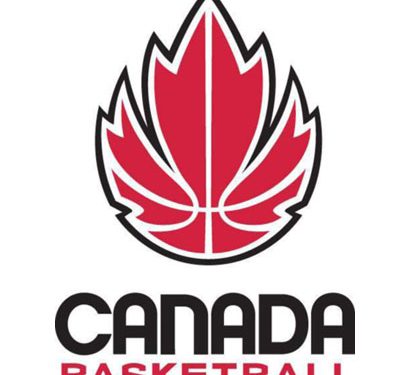 Canada’s U18 Men are coming home with silver medals from FIBA Americas. The team grew together after each game and had different bodies step up. At different points in the championship game, Lindell Wigginton, Abu Kigab and Nickeil Alexander Walker had their time. Yet in the end, Team USA won the 2016 FIBA Americas U18 Championship by a score of 99-84. This was their fourth in a row and their eighth in the history of the tournament.

Markelle Fultz of DeMatha Catholic School (WA) poured in 23 points, 5 rebounds and 5 assists in the gold finish for the U. S.

Canada has a lot to look forward to for next year. This second place finish puts them in contention for a FIBA World Championship in Cairo at the U19 level.

We can expect a few major prospects from the Cadet team to be moving up. Rowan Barrett Jr., Simi Shittu, Danilo Djuricic and Andrew Nembhard are all possibilities.

Before getting ahead, let’s identify this moment in the gold medal game as the closest Canada has come to beating America in FIBA competition; the gap is closing.

The Americans were on there toes at many different points in the game and the depth in personnel put them over the edge.

The U18 Canadian Men gave the U. S a battle to remember. From here on out, when International opponents see Canada jerseys they won’t underestimate a global contender.

Lindell Wigginton set an aggressive tone for Canada to come out attacking the basket and getting to the line where he went 5/5 in the first half.

Abu Kigab was hot in the first half from the three point line. Despite a timeout that was taken by Team USA, where coach Shaka Smart addressed having a hand up on Kigab. The St. Catherines, Ontario product finished the game with 17 points and 10 rebounds.

Timeout to point out the game changer on this team. Canadian Head Coach Roy Rana is a major piece to the success with the Junior Men. He has been winning at every level. From high school at Eastern Commerce to Ryerson in CIS play, Internationally as the head hancho for the Nike Hoop Summit and with the Junior Men’s National Team. There’s a pedigree and standard for excellence with him at head coach.

The only thing Coach Rana couldn’t have adjusted to against the U. S is the lack of depth with the Canadian bigs. This was an area of concern prior to tip off. The athleticism and length of the American bigs proved to be superior. Michael Porter Jr., and Hamidou Bamba’s length strayed Canadian attackers away from the rim at times.

When Canada did get to the rim and get fouled, as a team the red and white shot poorly from the free throw line going just 54%.

When Kigab cooled off, Nickeil Alexander-Walker stepped up and hit some big shots when it seemed like the USA was building momentum and running with a lead.

Key contributor Shai Alexander went down with a sprained ankle and O’Shae Brissett was in foul trouble and during this time Team U. S. A took advantage. With three minutes to play the game was still in the balance.

One minute after that, the U. S took over.

Congratulations to our neighbours in the south…just know, we’re coming. #WeAreTeamCanada

The final standing of the 2016 FIBA Americas U18 Championship: