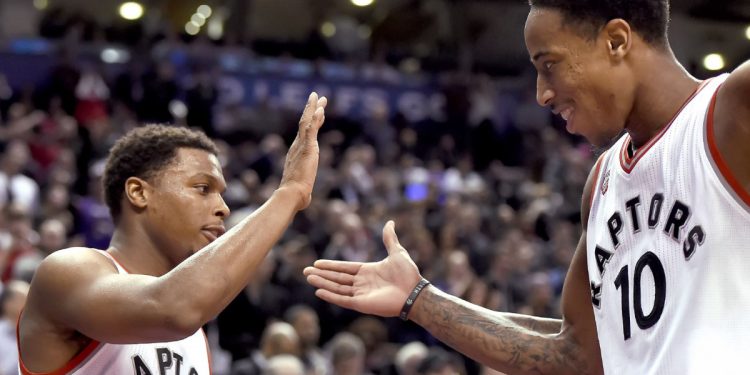 Toronto’s dynamic duo of Kyle Lowry and DeMar DeRozan were both announced as part of the final roster for the USA Olympic basketball team.

Lowry and DeRozan join Vince Carter and Chris Bosh as the only Raptors to represent the United States at the Olympics, and will look to lead the second line for the Americans.

Cleveland’s Kyrie Irving and Golden State’s Klay Thompson are expected to hold down the top spots in the backcourt, which will also feature Oklahoma City’s Kevin Durant and New York’s Carmelo Anthony.

America will be looking to take home their third straight Olympic Gold this August in Rio, while Canada hopes to qualify for the Olympics with a win in Olympic Qualifiers in Manilla, Philippines.

Tristan Thompson to play for Canada in ...