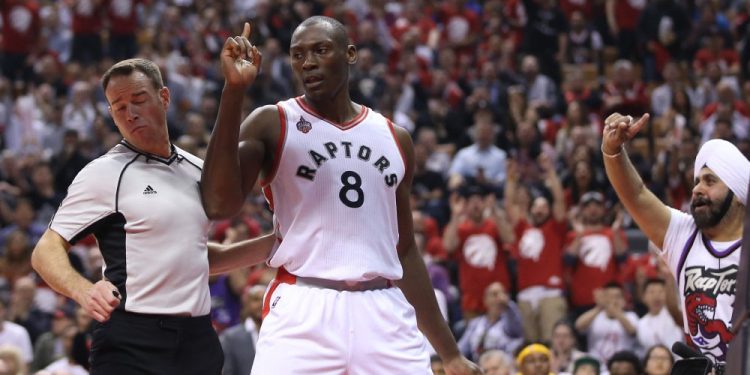 Bismack Biyombo has officially opted out of his contract and will test the waters of free agency, according to Basketball Insiders’ Eric Pincus.

Bismack Biyombo's deadline to opt out was 7 days after Toronto Raptors' last game (5/27/16) as such, he officially opted out @BBallInsiders

Although admitting he would take a ‘hometown discount’ for the Raptors, the big man is expected to earn as much as five times his contract in Toronto, which paid him $3 million last season. This during an offseason where Masai Ujiri has already made it clear that re-signing DeMar DeRozan is their top priority.

Despite a modest regular season on the stat line while working behind Jonas Valanciunas for most of the year, Biyombo made a huge statement in the playoffs when Valanciunas went down against Miami, having some exceptional games, particularly on the defensive side.

Overall Biyombo’s defence has been stellar all-season, and any team looking to pick him up would be focusing on protecting the rim and improving their defence, as opposed to padding their score line.