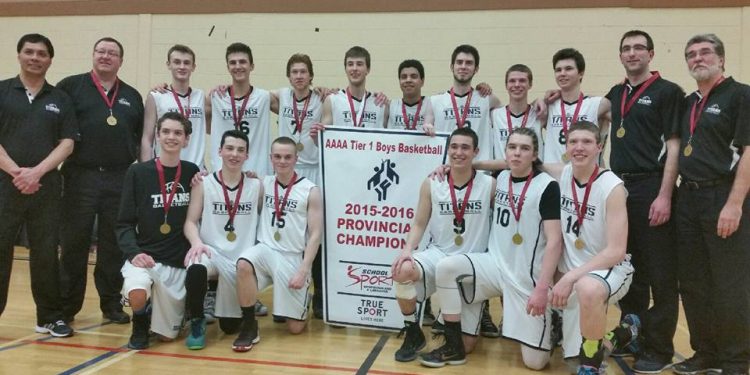 It was the fifth year in a row that the Titans had reached the finals, losing the four previous times, to Holy Heart (St. John’s) in 2012, and then to Gonzaga High (St. John’s) three times in a row.

This year, Corner Brook was not to be denied, finally getting over the hump and defeating Gonzaga in the championship game convincingly, 94-55.

The finals victory capped off an undefeated 22-0 season against High School competition on the island.

Corner Brook’s big three lead the way as Chris Hughes posted a team-high 22 points, while Nathan Barker and Chris Dobbin chipped in with 21 and 20 respectively.