CIS Standings from East to West 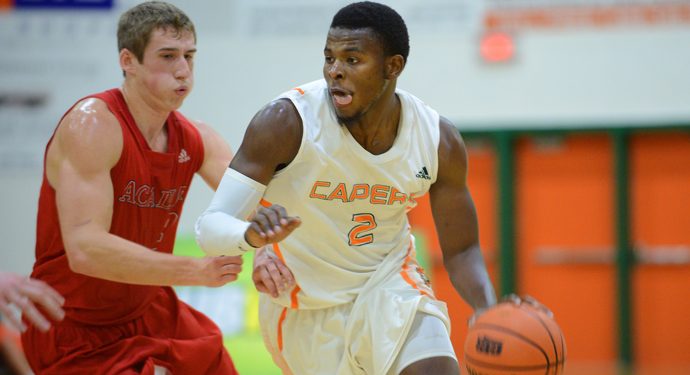 We are finishing up semester 1 exams in schools across the country, and most teams have had somewhat limited work-out / practice schedules.

For action prior to that break, we take a look at the league standings for the different conferences and divisions around the CIS.

As per usual in the AUS, we have a mix of results, with the expectation that home court and injury status may be as important as any other factors.

One of the oddities in the Maritimes is that they do not have as many ‘traveling refs’, and therefore, there is the perception of particular difficulty in winning as a visitor in some gyms. (PEI and Memorial seem to be the least ‘welcoming’ venues for the away squads.)

One team emerges in March … but who can pick a favourite at this stage?

The ‘Q’, our ’boutique league’ of the CIS, has a 12 game regular season, and a tidy little play-off round of a one game 2 vs 3 semi, with the winner playing #1 for the Cup.

Stranger things have happened, but this season looks to have the McGill Redmen as the dominant team. No one else has beaten Ottawa !

So we pencil McGill into the 1 RSEQ slot in the CIS Final 8 in Vancouver.

Ottawa and Carleton are favoured to play for the OUA title, and the CIS Championship in March.

They may well do this, and it would surprise us if they weren’t ranked 1 and 2 entering the OUA playoffs.

We’re not sure they’re as good as last year’s squads, however.

The surprise team in the OUA may be the Queen’s Golden Gaels, who look like a  contender at this stage.

But, Queen’s has yet to play some of the tougher teams, including  Ryerson, who will be there in the playoffs, with both York and Toronto scrambling for the last spot.

Until they lost at Queen’s the Brock Badgers looked like one of the hot teams.  It would appear to be them or their close rivals, the McMaster Marauders, who should be on top at season’s end in this group. Lakehead and Guelph can fight it out for the 3rd playoff spot.

The standings are a bit confusing in the West, with all 3 top teams having consistency issues.

There is also the tougher schedule played by Western (losses to both the Ravens and the Gee-Gees).

Look for Western and Windsor to be 1 and 2, with Laurier beating their cross-area rivals, Waterloo, for the 3rd playoff spot.

Just as a reminder, this is what’s ahead for the 17 school, 2 Division Canada West. It’s the longest and most involved playoff structure in the country.

We are assuming that UBC, the CIS host in March, plus 2 other playoff ‘survivors’ will be in that Final 8 on March 17-20 in Vancouver.

7 Pioneer Division teams and 3 Explorer teams are in …

The Can Ball Report – December 14