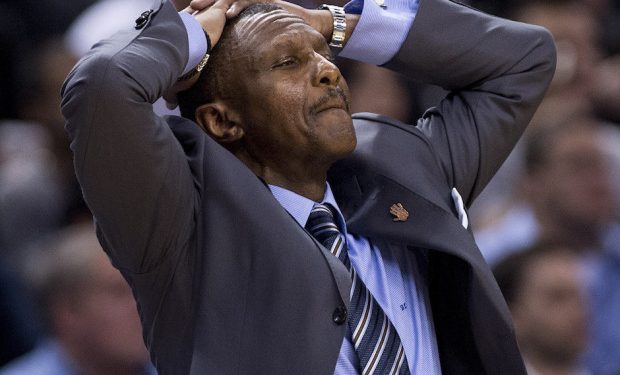 Despite winning a franchise-record 49 games in 2014-15 the Toronto Raptors slid down the popularity scale on ESPN’s “Ultimate Ranking” to 94th overall after limping through the end of last season and being swept in the first round.

ESPN’s ranking of all 122 teams in North American pro sports is a brutal assessment of a number of factors that dictate how likable a team is based on rankings by fans of the NBA, MLB, NHL and NFL.

The San Antonio Spurs placed first overall, Memphis Grizzlies second and the Oklahoma City Thunder seventh to round out the NBA’s representatives in the Top 10. At 94 the Raptors are ranked worse than the Pistons but better than the Kings. Full rankings here.

Here’s an explanation of the rank from ESPN and full article here:

The Raptors’ impressive regular-season win total helped them take a nine-spot jump in bang for the buck, their best showing in any category this year, and they’ve now had back-to-back winning seasons for the first time since 1999-2000 and 2000-01. Toronto also climbed three spots in stadium experience — maybe fans are already pumped for 2016, when the Air Canada Centre will host the NBA All-Star Game. The team’s owners certainly are, with a $10 million investment to upgrade the scoreboard and an in-arena broadcast. Fan favorite McCheesey’s, a grilled cheese and macaroni shop, is getting several new varieties this year — finish it off with a fried candy bar or new fried PB&J (yep — fried PB&J!) at Sweet Wally’s.

They haven’t made it out of the first round of the playoffs since 2001, a sin that fans aren’t quick to forget. That also helps explain the 110th ranking in title track, fourth worst in the league. Fourteen years is a long time to stay shut out of the second round. Fans also gave Toronto poor marks for affordability, though the ticket and concession prices are actually below the NBA average. Just goes to show you: Perception is reality, especially when the team isn’t performing to standards.

After big gains in the on-court categories in 2014 (Toronto went up 49 spots in players and 32 spots in coaching), those rankings took huge nosedives this year. The Raptors’ roster was down 46 this year, while head coach Dwane Casey also went down with his ship (a 44-point drop) despite increasing his already-record-setting win total from 2014. That late season swoon (the Raptors went 12-16 over the last month of the season) and the 30-point Game 4 loss to the Wizards left Raptors fans with a bad taste in their mouths — and perhaps not much hope for next year.

Who Will Win Inaugural OSBA Championship?