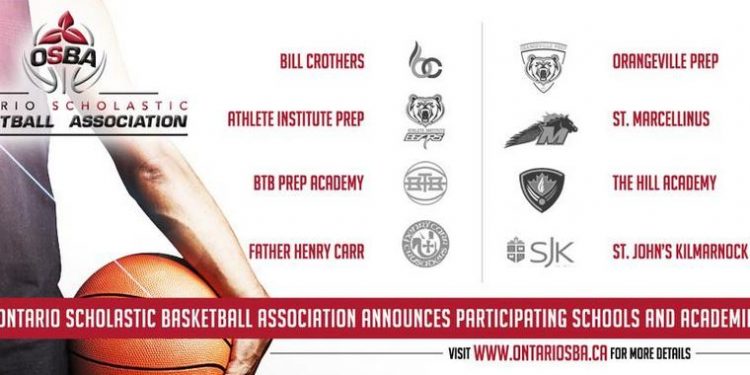 There has been chatter in Canadian basketball circles for the last year, (and several years) about a prep league set to launch.

The announcement of this league is big news for the landscape of Canadian basketball, as it will certainly effect the traditional HS basketball scene, however offer an opportunity for Canadian-athletes to play high level competition at home, while receiving exposure to post-secondary programs.

According to the official website, “The vision of OSBA is to identify, develop, and support targeted Ontario basketball teams and in turn athletes, to achieve the goals of developing Ontario athletes for post-secondary, national and international competition.”

With the eight committed teams above, many of Canada’s elite basketball prospects will compete in this league, including Justin Jackson, Marquel Frazer, Rowan Barrett Jr, The Maker brothers (Thon, Matur), Jaelin Llewllyn, among others.

Official rosters and league schedule are set to be released in the near future, with tip-off in November.