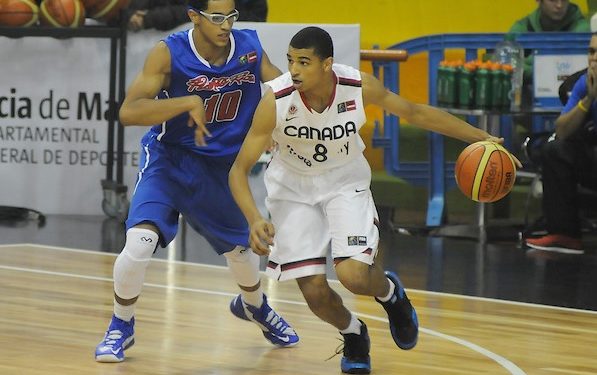 Jamal Murray is on an official visit to Oregon, his father Roger told North Pole Hoops.

Oregon has been in the thick of things from the jump, with assistant Mike Mennenga having strong ties in the world of Canadian basketball.

Murray is currently in the class of 2016, but could reclassify to 2015; Oregon would gladly take his signature in either class.

If the Ducks were to bring Murray into the fold for 2015, it would take the program to new heights in terms of national title contention.

From a Canadian standpoint, the Ducks would have 4 big time players from the North–all which bring something different to the table.

With the loss of PAC-12 player of the Year Joe Young, Murray and Ennis would more than fill the void in the back court for the Ducks.

The Kitchener, Ontario guard has decisions to make. What program will he choose? Will he come out early?

Follow @NorthPoleHoops for the latest on Jamal Murray, and Canadian Basketball from high school to the PROS.