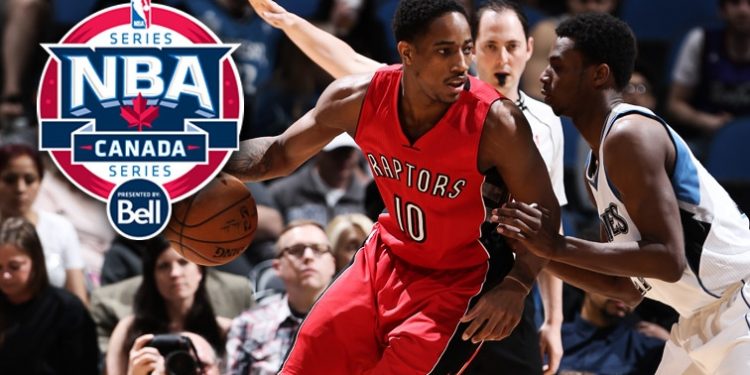 The annual tradition of playing preseason NBA games on Canadian soil outside of TO continues in 2015 with the biggest lineup yet.

The Toronto Raptors will play three games, while the Minnesota Timberwolves will play two games, and the Chicago Bulls, Los Angeles Clippers and Washington Wizards will each play one game.

Matches will be held in Montreal, Ottawa, Vancouver and Winnipeg.

“As the country’s lone NBA team, we are honoured to again be part of the NBA Canada Series,” said Masai Ujiri, President and General Manager of the Raptors.  “The crowds last season in Vancouver and Montreal were enthusiastic and passionate about the NBA.  We look forward to the same excitement for the Raptors in those two cities and our nation’s capital.”

Per NBA Canada on Raptors.com;

“NATIONAL Champion is a big title to ...

The Women’s Development Team Invites Are Out