The NBA in Montreal? A City Hungry for Hoops 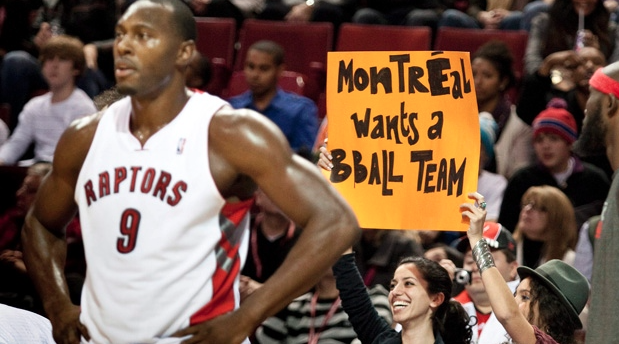 Over the past couple days, reports have circulated about Montreal ownership and the NBA laying out groundwork for the city if the NBA were to expand north of the border.

The city has been buzzing about the possibility of an NBA team, and have previously sold out pre-season games on multiple occasions.

Kevin Gilmore and Adam Silver worked closely together during the 2008 Olympics in Beijing, China.

Factors that the NBA must be taking into account– population, international market, and a stable ownership that could replicate the Toronto Raptors model.

The meetings are not related to any immediate plans as Silver stated that the NBA is not looking to expand past 30 teams, and no NBA teams are relocating in the immediate future.

As we found out on our most recent trip out to Quebec, basketball is booming east of Ontario, and is played with a certain type of intensity, grit and passion that legitimizes the province’s love for the sport.

There are various factors to consider before you spend your money on purchasing the best in-ground basketball hoop, for details Check Out In Ground Basketball hoop buyers guide.

The city of Montreal is hungry for hoops, but for now, it will continue to wait.

North Pole Hoops will be back in Quebec September 11-13 for the QC NPH Showcase to discover the provinces TOP prospects.