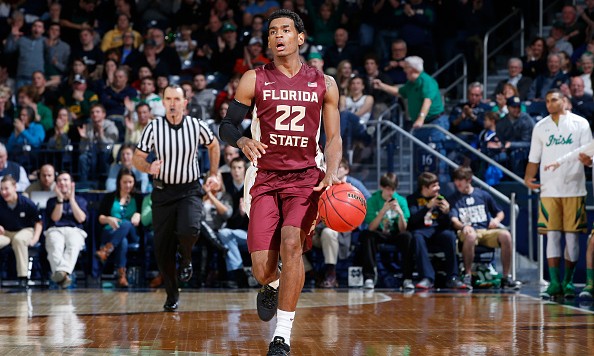 Xavier Rathan-Mayes (Scarborough, ON) had a career game for Florida State on the road against #15-ranked North Carolina.

The Canadian freshman erupted for a career-high 35 points in the 78-74 loss, to go along with five rebounds and four assists.

Rathan-Mayes put on a tremendous offensive display, going 14-of-26 from the field and 5-of-11 from behind the arch.

Sometimes all it takes is one performance of this magnitude in a nationally-televised game to put a player on the pro radar. No doubt XRM’s breakout was noticed by a few NBA GMs.

Rathan-Mayes was a top four Canadian prospect coming out of high school in the class of 2013.

The other three players?