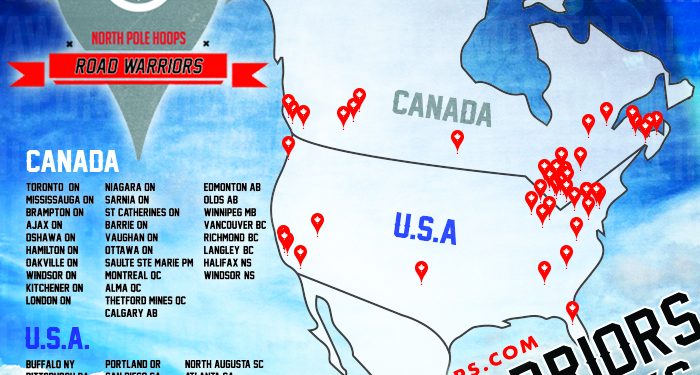 Back on the road!

This trip will be the third straight year of North Pole Hoops’ attendance south of the border, at one of the biggest tournaments of the year, the National Prep Showcase, hosted by @AdamFinkelstein

We’ve witnessed players like Duane Notice (South Carolina) and Kevin Zabo (San Diego State) go to work at this tournament and now a new wave of talent has hit the New England region for their respective teams.

Also, Carleton Raven, Anthony Pate was another to make his presence felt in this event.

Corey Johnson has recently committed to Harvard University, where the sharp shooter will join current freshman Chris Egi at the Ivy League’s powerhouse, along with Agunwa Okolie (Ajax, ON) and Patrick Steeves (Quebec)

Follow @Elias_NPH & @NorthPoleHoops on Twitter for LIVE updates on Canadian basketball action from high school to the PROS!