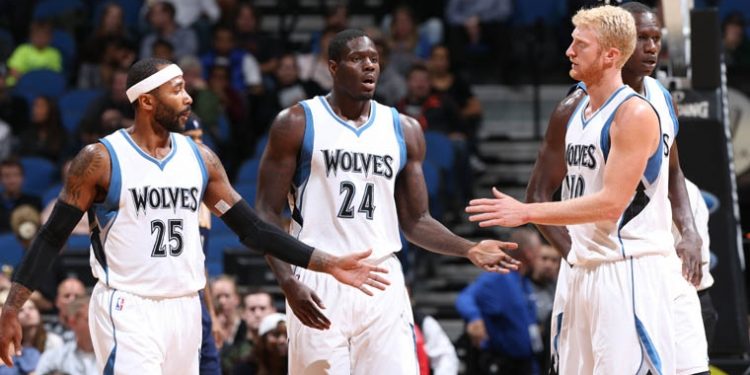 With a record 15 Canadian players in NBA training camp, there will undoubtedly be several stories to track throughout the year.

Can Andrew Wiggins, the 2014 #1 overall pick capture Rookie of the year? Will Steve Nash stay healthy and help the L.A Lakers back into the playoffs? Is there enough room at the guard spot for Tyler Ennis to shine in Phoenix?

However, maybe the most intriguing question of them all is, how will Anthony Bennett, the #1 overall selection in the 2013 NBA draft rebound from a rough rookie year?

2013-2014 naturally brought high expecations for the #1 overall pick, and with those expecations also came pressure and criticism.

Bennett’s sophomore season could be a defining year for the Brampton, Ontario product.

If the pre-season counts for anything, Bennett has shown positive signs.

With an exception of one game against OKC (limited minutes due to sore knee), Bennett has recorded double figures in three of his four preseason games.

In those three games, Bennett is averaging 10.8 points and 8 rebounds per game on an efficient 55% from the field.

Last night was Bennett’s most efficient outing against Indiana, registering a team-high 17 points and five rebounds on 7/9 FG in only 17 minutes.

That being said, if you rewind back to the 2013-2014 pre-season, Bennett registered two double-doubles in eight games with averages of 9.4 points and 5.4 rebounds on 35% FG.

However, the official season tips off for Minnesota on October 29 against Memphis, where the intensity and speed will be considerably higher.

AB had a productive off season, and now has a fresh slate.

We are about to find out.

Minnesota VS Jabari Parker and the Milwaukee Bucks tonight. Andrew Wiggins likely to sit out due to a sore back.

But he did sing happy birthday to Ricky Rubio alongside fellow Canadian Brady Heslip after last night’s win. Rookie duties.

S/o to the rookies for singing me "happy bday" after a great win against #Pacers. @heslip @glennrob3 @zachlavine8 @22wiggins