How Many Canadians Will be Selected in 2014 NBA Draft? 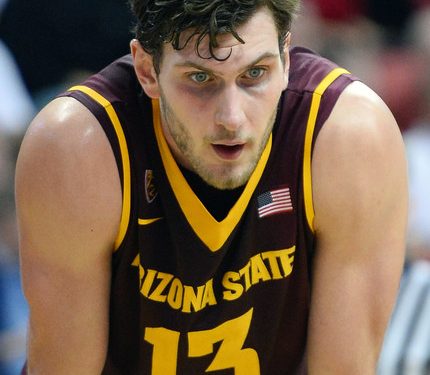 Anything is possible when it comes to the NBA draft.

Jordan Bachynski could become the first player out of Calgary, Alberta to get drafted | Courtesy: Ethan Miller/Getty Images

Projections don’t hold much weight when it comes to draft day. With that being said, you can book a spot in the first round for Canadians Andrew Wiggins, Nik Stauskas and Tyler Ennis.

Outide of that, there are question marks with respect to where the rest of the Canadians will be drafed…if at all.

The 2014 NBA draft will certainly be record breaking for our country, and it will have Canada surpass France to become second in the NBA for most countrymen in the league.

But the question is how many will make the cut?