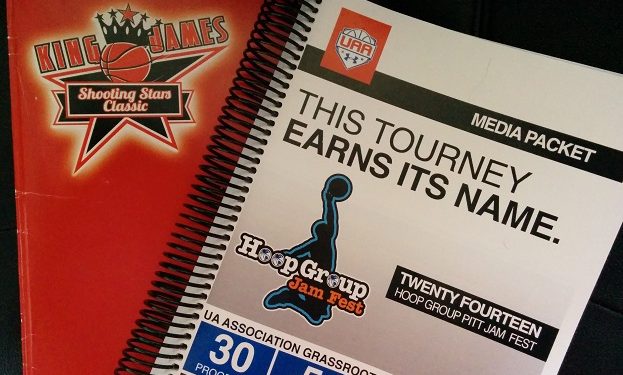 It was the wild, wild west out there this weekend. I expected nothing less on the AAU circuit, as it’s part of what keeps things interesting.

Countless kilometres (or miles if you’re American) on the road, splurging on unhealthy treats, scheduling game times and speeding over to the gym 30 minutes away, while maximizing every time slot—it’s what we do–it’s what we signed up for!

My evaluation period started in Akron, Ohio for the King James Shooting Stars tournament, and ended in Pittsburgh for the #PIttJamFest.

Please follow @Tariq_NPH and @NorthPoleHoops to find further coverage from Akron and Pittsburgh.