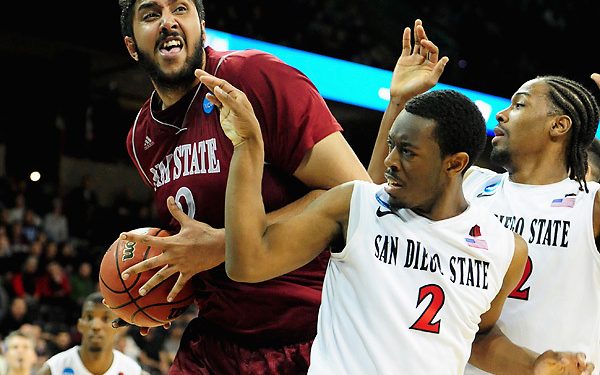 With 4 upsets 3 overtimes and 1 buzzer beater, its pretty fair to say that March Madness did not disappoint Thursday night.

Even more exciting were the 10 Canadian ballers that suited up for 9 different teams in the 2014 NCAA tournament.

The Canadian Aggies of New Mexico State fell in an overtime thriller, while the top shot blocker in the nation, Jordan Bachynski ended his career on a hight note.