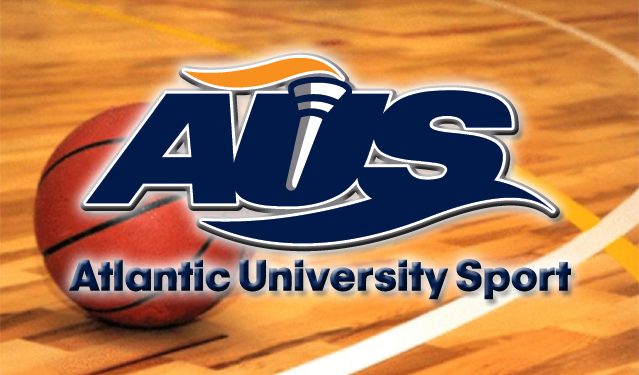 Like all basketball leagues in North America [with the exception of the NBA], the AUS is in the stretch run and teams are grinding it out for playoff positioning.

There are two components that make this grind even more interesting in the AUS:

Acadia Looks to Lock Up #1

The team in the drivers seat is obviously League leading and the CIS #9 ranked Acadia Axemen. The Axemen only require six points to lock up the number one spot in the league. With games remaining on the road this weekend at St FX and at Cape Breton, the Axemen have a very tough trip. The Capers are the hottest team in the AUS and have won five in a row, while St FX and its storied program is always a huge battle for any team that ventures to Antigonish. With both of these games being 4-points in value, Acadia can lock up the league this weekend. However, a combination of one win here and one in the following weekend against Dalhousie will sure things up for the Axemen as the AUS favorite.

The University of Prince Edward Island Panthers are also in the drivers seat for a first round buy. The Panthers have a possible 12 points on the board with two 4 point games at Memorial this weekend and a 4 point game hosting St FX in the closing weekend. Despite Memorial’s record, you can fully expect them to battle the Panthers tough this weekend as they compete for their playoff lives and respectability. One thing is for certain, the final game of the season for the Panthers against the St FX X-Men on February 21 will be FIREWORKS!!!! This could round out as a winner gets the “buy game” which would add to the parody.

The numbers really work in favor of UPEI when you look closely at third place Saint Mary’s.  The Huskies remaining games only allow for a total of 8 points in 3 home games, a 4 pointer against UNB this weekend and 2 two pointers against Memorial the following weekend. With UPEI controlling its own destiny in terms of league positioning, the Huskies can put a great deal of pressure on them by winning out their remaining games at home and keep the Panthers looking over their shoulder.

The most intriguing team is ST FX, who presently sits 2 points out of the 2nd place spot held by the UPEI Panthers.  The X-Men have four games left all worth 4 pts with them hosting Acadia and Dalhousie this weekend and visiting UPEI and UNB in the final weekend. With every team except Saint Mary’s (8pts) having twelve points on the board the X-Men have the most opportunity for movement with their 16 possible points.  If the X-Men win out it doesn’t matter what any one else does, it will place them in the 2nd spot and the first round buy.

That being said, the Cape Breton Capers are also a very intriguing team as they have ripped off 5 straight wins and moved themselves from a position of basement dweller to potentially pushing for a top three spot and with a lot of help from other teams, they can even climb into the 2nd spot in the standings.  Look for the defending AUS champions to use their experience and continue their push up the standings.

The UNB Varsity Reds who were on fire before the Christmas break, have now lost six in a row and the Dalhousie Tigers who have a total season margins of loss deficit of -34 can compete with any one on any given night.  UNB wants to hold off the Tigers for the final playoff spot and the Tigers are on the prowl trying to sneak their way into the Metro Centre.  You can be assured these teams will create a major problem for someones playoff standing.

That being said you can fully expect one of the most competitive seasons in AUS Basketball history is going to get even hotter and more competitive over the final two weekends. You can expect that each and every team is going to lay it on the line for not only playoff position but also momentum for the always tough Halifax Metro Centre.

If you can’t get to the gym, you can catch the action on www.austv.ca