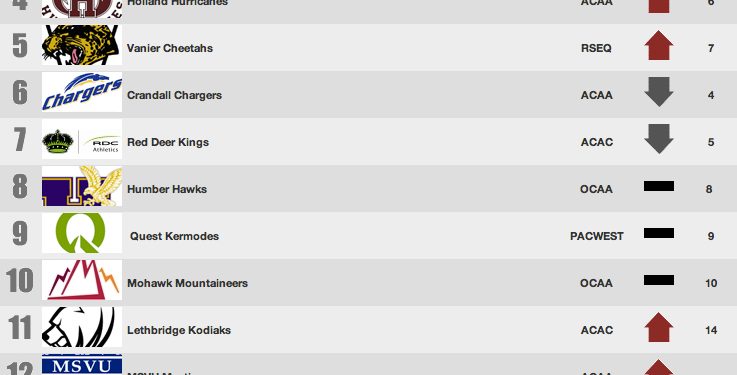 Since the last release of the CCAA National Rankings the top three teams in the nation (Langara, Algonquin, Sheridan) have stayed put.

Two unranked teams making an appearance in this edition of the CCAA rankings, are MSVU (ACAA, Nova Scotia), who made the biggest jump, from unranked, to now holding down #12; while John Abbott (RSEQ, Quebec) take the final spot in the top 15.