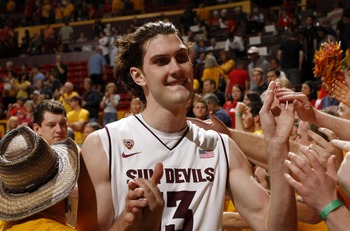 In November 15 NCAA action, Jordan Bachynski headlines the Canadians, setting a shot blocking record for Arizona State, while Daniel Mullings continues his hot start for New Mexico State. For UNLV, Anthony Bennett (Cavs) is no longer on the roster, leaving an opportunity for a Canadian from Quebec to step up.