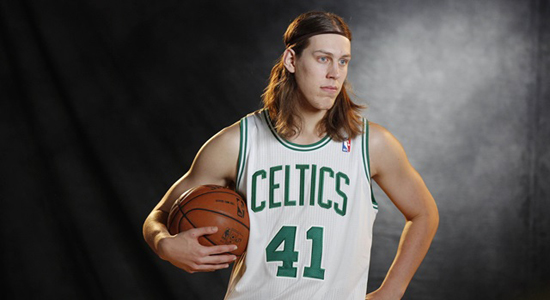 It was a busy night in the NBA for Canadians, rookies and veterans alike.  Kelly Olynyk and the Boston Celtics won their first game of the year, while Andrew Nicholson and the Orlando Magic upset the Los Angeles Clippers to rise above the .500 mark for the first time this season. North Pole Hoops continues its coverage of Canadians in the NBA, for the night of Wednesday, Nov. 6.

The Magic rolled over the Clippers 98-90, and while Andrew Nicholson did not have a great shooting night, he played well enough on both ends of the court to contribute to the winning cause. In just under 25 minutes, Nicholson scored nine points on 4-16 shooting, while grabbing eight rebounds.  He also blocked two shots, while only committing one personal foul.  It might be a small sample size, but Nicholson has only two fouls in his last two games, which is a positive considering how susceptible he has been to foul trouble throughout his young career.

As mentioned earlier, the Celtics finally got themselves into the win column with a 97-87 victory over the Utah Jazz. Despite some up and down performances this season from Kelly Olynyk , the rookie out of Gonzaga displayed a wide array of talents in the Celtics win.  Olynyk scored 14 points on 6-14 shooting, while grabbing eight rebounds-four of which were on the offensive glass. Olynyk even showed off his passing skills, picking up three assists in his 29 minutes on the court.

Tristan Thompson, Anthony Bennett and the Cleveland Cavaliers lost a close game in Milwaukee, falling 109-104 to the Bucks.  Thompson, who is off to a great start this season, struggled to make an impact in Wednesday night’s game.  The Brampton, Ont. native could only muster five points, hitting one of five shots from the floor. His other three points came from the charity stripe, where Thompson shot 3-4.  On the glass, Thompson did manage seven rebounds–three of which were offensive boards. Despite his struggles, coach Mike Brown still sent Thompson out for 35 minutes, lining up roughly with his seasonal average for time on the court.

It has been a tough start-and that’s probably an understatement-for rookie and 2013 first overall pick Anthony Bennett.  Before Wednesday’s tilt against the Bucks, Bennett had shot 0-15 from the field, scoring a total of two points in three games. It may not seem like much, but Bennett broke the ice, scoring his first field goal of the 2013-2014 season against the Bucks. Bennett managed three points (a three-pointer), three rebounds and two steals in 11:37 of court time. Scoring his first field goal will definitely be a weight off Bennett’s shoulders with many people speculating about what could be causing his early season struggles. On Wednesday, Bennett’s agent Mike George was a guest on Sportsnet 590 The FAN, and said Bennett is a little out of shape, and behind training schedule due to missing much of the Summer League and pre-season because of shoulder surgery.

Cory Joseph finally saw a couple of minutes off the bench as the San Antonio Spurs edged the Phoenix Suns 99-96.  Spurs coach Gregg Popovich has preferred Patty Mills to Joseph as the backup point guard this season. Joseph played just over two minutes, picking up one assist in Wednesday’s victory.

Samuel Dalembert and the Dallas Mavericks were blown away (107-93) by dominant performances from Kevin Durant, Russell Westbrook and the Oklahoma City Thunder.  Dalembert, the defensive stalwart in the Mavs’ front court scored six points on 3-10 shooting while banging away on the glass, picking up five offensive rebounds-nine total. Dalembert received a total of 24:17 minutes on the court.

There are only three games on the docket for Thursday Nov. 7.  The Heat tip-off against the Clippers from Miami; Montreal’s Joel Anthony will be in action in that game.  Meanwhile, the Los Angeles Lakers look to get back to .500 as they play the 4-1 Houston Rockets.  Steve Nash is expected to start; North Pole Hoops will also keep tabs on Robert Sacre, who could see some time off the bench.